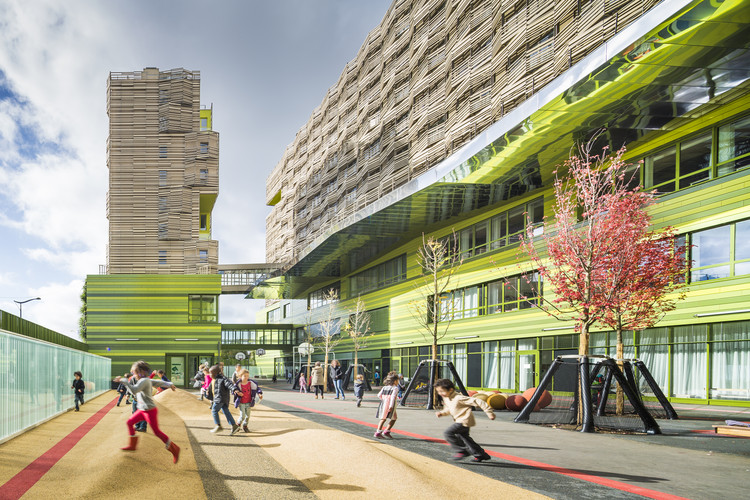 Text description provided by the architects. The sustainable city is the challenge of the 21st century and this challenge is starting at Cardinet-Chalabre. This new ZAC (urban development zone) illustrates the level of ambition of the Paris City Council: to create a large sustainable neighbourhood in the heart of the French capital, by setting the bar high with buildings to at least BBC standard (low energy consumption), at best energy positive, to demonstrate that it is not only possible, but also desirable, qualitative and contemporary.

The developed programme (nursery and primary school + 152 student housing units + kitchen) calls for an architectural expression that asserts both its uniqueness and its essential unity. We installed, dug, extruded and ventilated in such a way as to give our building a unique morphology conducive to transitions: of scale, urban development transition and generations.

Transition of scale with 5 discontinuous volumes on different levels which like landings simultaneously provide structure and communicate calm...the "fairly high" scale of the student residence and the "low familiar" scale of the school.

Transition also in the lines of convergence with one facade looking out over the park in unyielding self affirmation and another lower one looking out over an airy street that ends curiously with a "totem object" with friendly lines: a folly that provides a unique and dynamic signpost for the entrance to the park.

Highly graphic, contemporary and playful, compact and airy at the same time, the building clearly displays its generational transitions. Lower down the school and leisure centre functions are on two tributaries separated by the yard and connected by a walkway. Above the two sets of student housing: a low-rise building to the North West which is not intimidated by the imposing stature of the Ibis hotel behind it and the small tower in the corner angle that is visible from all sides. 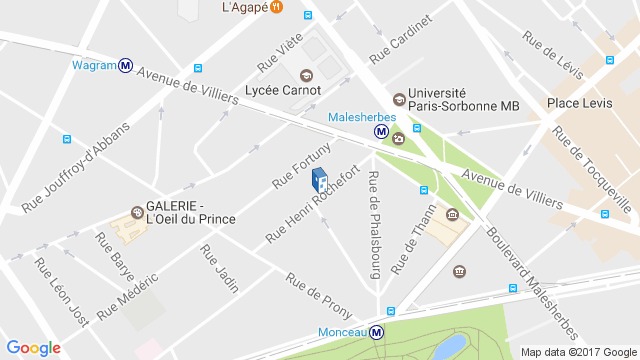