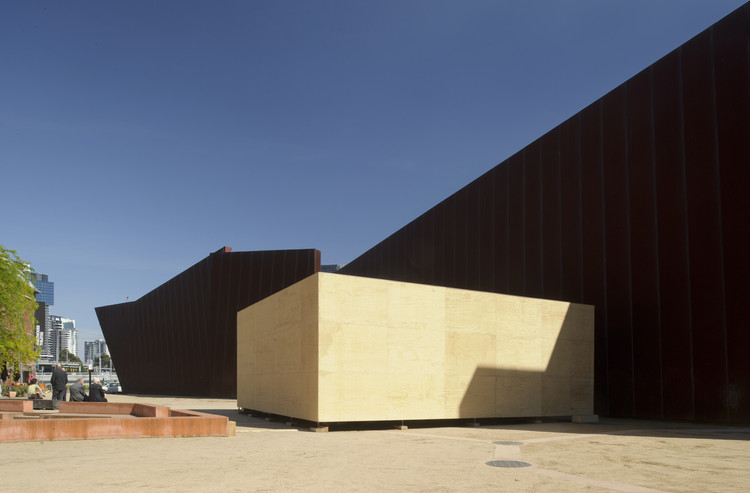 Text description provided by the architects. What is ANAM Quartetthaus?

Commissioned by ANAM and created by bluebottle, ANAM Quartetthaus is part design installation, part architecture, part music. A unique listening place, a celebration of live performance for an intimate audience of 52.

ANAM Quartetthaus grew from a simple idea: to conceive, design and build a place that is shaped at every turn by the music to be performed within it; a place unencumbered by the 'rhetoric' of traditional concert presentation, just as the intimate musical form of the string quartet which has given rise to the project itself is stripped of the rhetoric of larger scale musical forms.

Ever since the 18th century the string quartet has occupied a unique place in the minds of composers. It has provided the formal mechanism for the most intimate and often intense exploration of technical and musical thoughts and ideas: a personal letter from composer and performer to listener.

Performances in 2,000 - or even 200 - seat auditoriums rob these letters of the element of personal testimony. In developing ANAM Quartetthaus, designers, acousticians and musicians have collaborated to envision and build a space that dissolves the performer/listener divide, enabling a shared experiencing by listeners and performers.

There are 52 places available in the Haus for each performance. Seated in two circles about a slowly revolving central performance space, no member of the audience is more than two meters from the performers. The proximity of the listener to the performer accentuates the visceral theatre of live – string or other acoustic - quartet performance.

ANAM Quartetthaus had its world premiere season in October 2011 as part of the Melbourne International Arts Festival. In 21 performances over seven nights, musicians from ANAM presented music by Purcell, Haydn, Beethoven, Sibelius, Bartok, Ligeti, Cage, Webern and Nigel Westlake to audiences of 52 people.

It has since toured to the 2013 Perth Festival and presented at Y-site Melbourne by Arts Victoria. 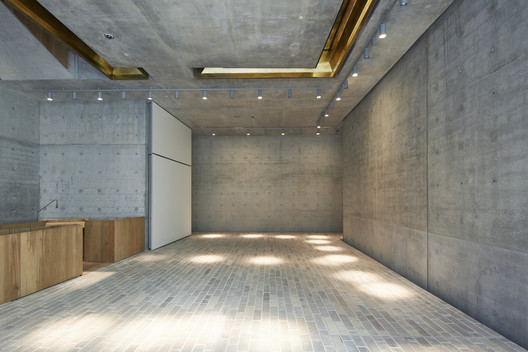