Italian Practice RRC Studio has released designs for new residential and commercial quarters in Al Dhakira, Qatar. The design will roughly double the size of the small city, situated 60km outside the capital of Doha, providing new housing blocks, villas, hotels, and a new commercial district. 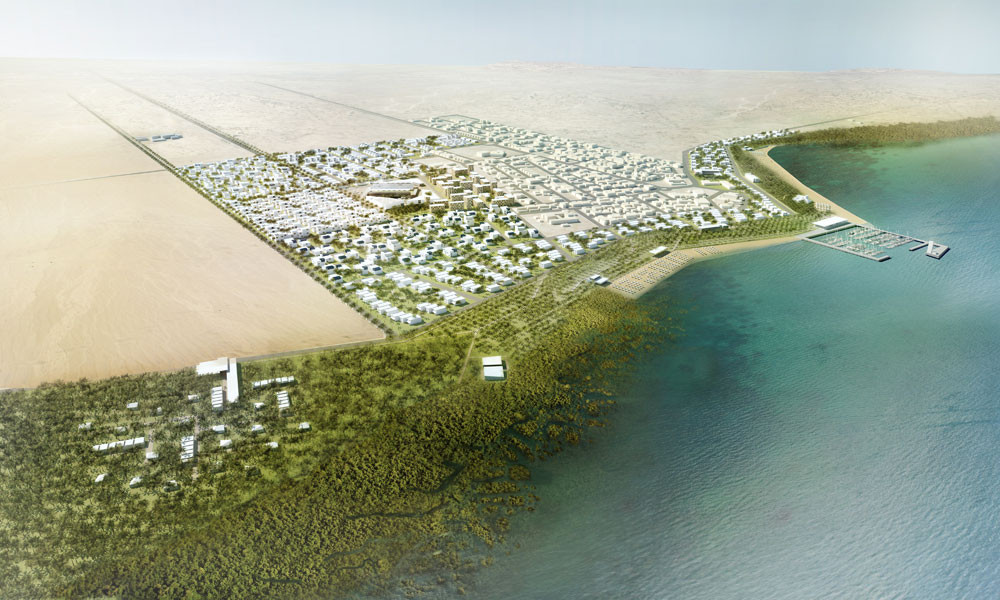 The expansion, which also includes an upgrade of the city's existing sports center, is intended to leverage the effects and investments of the 2022 FIFA World Cup, reflecting country-wide growth. However, RRC Studio was careful to balance this need for growth with the ecological requirements of Al Dhakira: the city has protected areas of mangroves to the north and south, which the design connects with a continuous strip of parkland along the coast.

From this coastal parkland, the density of the design gradually increases as the development moves further inland. The regenerated sports center, complete with a new commercial district, is located at the center of the city, at the intersection of the old and new developments, giving Al Dhakira a true operative core.

The design of the buildings within the masterplan takes inspiration from the existing buildings as well as the landscape. In Al Dhakira, RRC Studio have proposed a rapid expansion which recognizes the existing character of the city and enhances it.