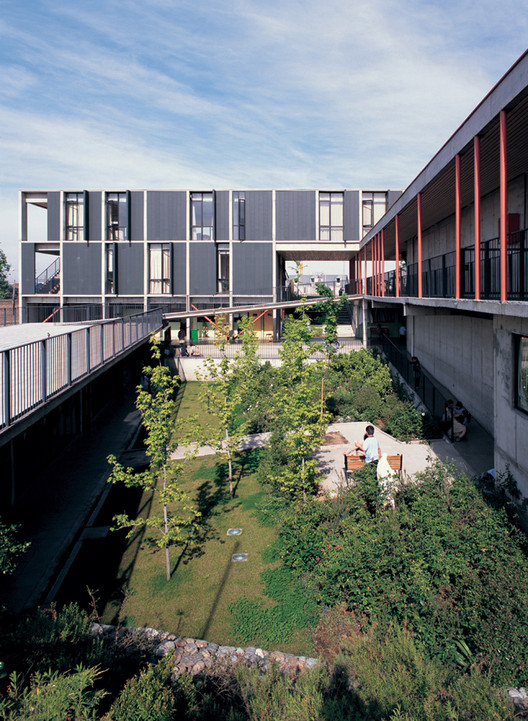 Text description provided by the architects. The San Lucas School is a subsidized private school located near the intersection of two urban highways in Lo Espejo, Santiago, Chile. The school is owned by a Chilean Foundation, focused in giving education of excellence to kids with scarcity of resources, using governmental subsidies and private donations. The Foundation was invited to build the school in the specific site from “Un Techo Para Chile” and “Elemental”, a group led by Alejandro Aravena, in order to complement the housing project to create a neighborhood that could race the reality of the area. The school will be surrounded by the biggest Elemental neighborhood done in Santiago that will cover 50,000 square meters of old camps and waste lands. The aim of the whole project is that it could become an example for other Chilean neighborhoods of how to remake the city with the collaboration of private institutions and local communities that make a good use of the existent governmental subsidies.

The site, an ex old irrigation reservoir was covered by between one and five meters of landfill material and sediment. The extraction of this material was needed but not viable for the project. Therefore, several alternatives were looked to receive our client will of locating the school in the area, taking advantage of the synergy that could exist with the new housing development to raise the reality of the sector. Three principal operations were done with the terrain, the first one was to invert the configuration of the small dam, for doing this the principal dike was removed to the back of the site to open the access. The second operation was to relocate the sediment from the interior to the perimeter creating a high plain that shelters the sports fields. Finally the dikes and the high plain were connected surrounding a low space isolated of the noise of the close highways with green banks. With these operations the site gained different qualities of spaces and relations with the exterior.

The project is organized with a principal volume and 4 transversal secondary volumes that generate intermediate courts and acts as bridges that connects both sides of the dike. The second level of the project is located at the same level of the high plain and contains the common areas like workshops, laboratories and dining rooms. On the other hand the first level contains the classrooms and calmed public spaces. The principal volume structured by rigid concrete frames has free floors to enhance the liberty of the future use of the building. This volume acts as a limit between the first and second level courts, and connects both levels with public covered circulations that relate the fields with the low court and the transversal volumes. These connection spaces are covered by the third floor, were the rigid frames structures behave as Vierendell beams. The secondary volumes contain in the first floor the library, chapel and classrooms, while in the second floor contains playschool, dining rooms and services. Two of these four volumes have one level and their roofs are open courts, the first one located towards the street is half buried to give an extension to the street and work as an entrance court. 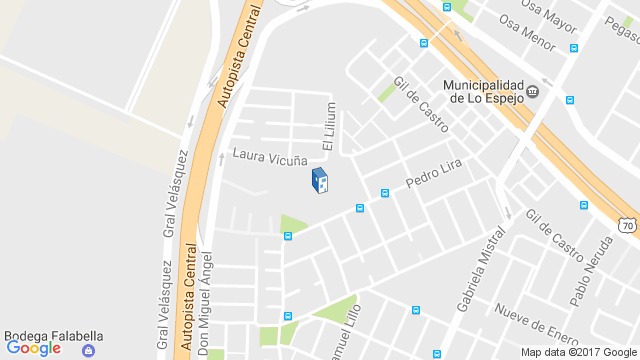 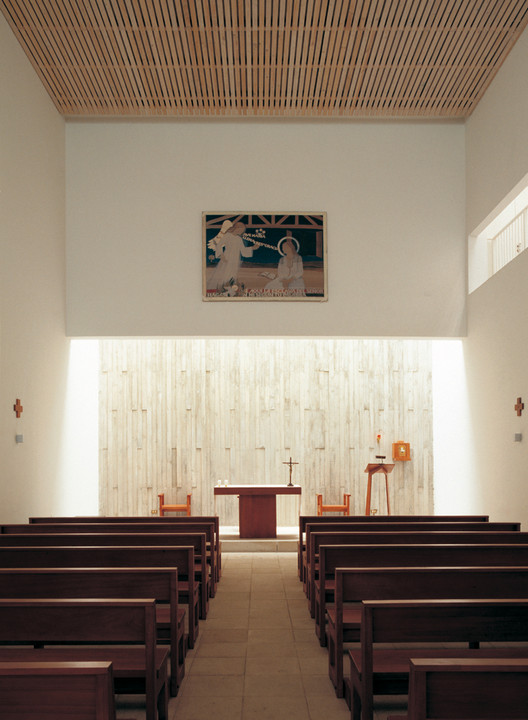 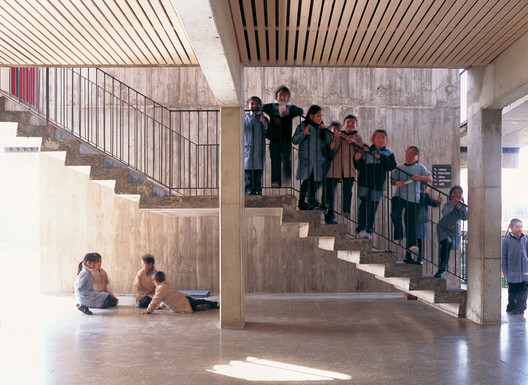