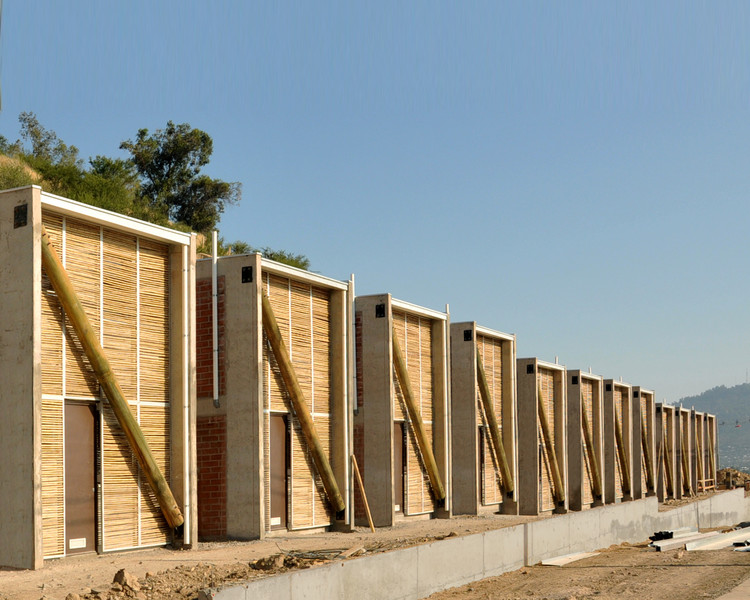 "Within our continent, there are still truly American peoples. They are the last representatives of those men who, through millennia, inhabited this continent, conquered jungles, deserts, endless beaches and unfathomable heights of the mountains. In the struggle for survival of these men, they developed an understanding of the various territories they inhabited, their climate, flora and fauna. Some domesticated plants and animals developing complex agricultural and pastoral economies, which sometimes reached state-like organizations. Others, more isolated and perhaps less demanded by the land they inhabited, long maintained its economies based on hunting and gathering.

The European invasion was so strong and had such drastic effects, that in less than a century it had completely changed the ethnic face of this continent. Today, true Americans are minorities in American countries. The generally mestizo society has adopted Western and Christian cultural forms. In general, the coexistence of these ethnic minorities within the larger society is difficult, to say the least, due to conflicts of interests. So these societies have been displaced to stunted locations, usually occupying lands of poor quality or poor value, with economic and health problems, and even worse, a serious cultural decline because they are imposed values ​​and lifestyles of others, alien to their traditional systems." [1]

The city, into which they have migrated in search of better opportunities, has been hostile to them. This is because the city, particularly the mega-city, in the forced transition to a globalized world, has disregarded the local cultures, and it is there where the native peoples have borne the brunt of their decline.

The challenge we have as a society is to reconcile those aspects in which globalization has brought progress for humanity with the values ​​of the cultures that preceded us and that now struggle to keep their identity alive. Within this difficult context is inscribed the project described below.

This is a project for 25 social dwellings for a Mapuche community in Huechuraba, on the northern outskirts of the city of Santiago. The project falls within a larger set consisting of 415 traditional social dwellings. These are part of the "Housing Solidarity Fund" housing policy, launched by the Ministry of Housing and Urban Development in collaboration with the local municipality and the private social management organization "A Roof for Chile". In addition, in the specific case of the Mapuche homes, there was the cooperation of the National Indigenous Development Corporation.

This initiative arose from a small Mapuche community who were willing to participate in modern society, but didn't want this to lead to an impairment of their ancestral traditions and beliefs.

Mapuche in Spanish means "man of the earth." They originally inhabited the central-south of the country where, in a harmonious relationship with nature, developed mainly agriculture. Unlike other pre-Columbian cultures such as those of the north-central Andes or Meso-America, the Mapuche have not been builders in a traditional sense. Their sacred spaces were not temples, but the mountains, forests and rivers... Their shelters were the rukas, and in many cases still remain transient spaces formed by light structures of branches and tree trunks. These, blended into the landscape, degrade over time to return to the land accompanying the circular nature of time. This is sufficient to understand the effort of adapting the Mapuche culture to contemporary urban reality...

The design of this project was the result of participatory work between the community, the architects, and the sponsoring institutions. In these dialogues, which took place in a ruka, we were taught their history, traditions and worldview: the Az Mapu. In it are contained the principles that establish relations between the Mapuche and the visible and invisible world: territorial, political, social, cultural and religious.

Huechuraba, a Mapuche name meaning the place where clay is born, is the municipality where the project is located. It is on the northern outskirts of Santiago, and its urban origins go back to the first informal camps in that area of ​​the city that emerged in the early '60s. An effective sanitation policy, sustained over time, has led to a still precarious city where the need for land for housing leaves no urban space. But even in the variegated fabric of houses, the geography of hills so characteristic of Santiago, is imposed on the tapestry of tin roofs that do not exceed two stories high. There, at the foot of these hills, we locate these 25 homes so that they could be as close as possible to nature.

As this is a social project that benefited from the subsidy granted by the Ministry of Housing and Urban Development, the design had to necessarily adhere to a strict set of rules that the institution requires in such homes. The manual, focusing on technical aspects of habitability, did not consider the peculiarities and cultural aspects that the Mapuche community demanded.

The houses are grouped continuously on a horizontal level, thereby allowing the length of the main facade to face east. This provision, required by the ancestral tradition of opening the front door of the house toward the rising sun, was the primary requirement from the community. Between the houses and the hill we designed a common space, similar to traditional urban space. From there is the access to the housing. The continuous construction of the project did not exclude the individual expression of each house, echoing the rukas isolated in the landscape.

As a construction technique, the artisanal tradition of brick and reinforced concrete frame was used, expressing the correspondence between appearance and structural nature of the project. The diagonal made of impregnated pine wood that characterizes the main and rear facades is a structural element that braces the side walls in case of an earthquake. A double skin of "cañada de coligüe" covers the wall and windows of these facades. The minimum distance between the rods allows the passage of light filtered inside, while at the same time displaying the tradition that inspired the project.

The 61 square meter home is divided into two floors. Inside, the program is simple: the living area and kitchen are on the ground floor. The latter is larger than in similar social housing, as it considers the importance of "fire" (kitchen) in Mapuche tradition. Upstairs there are two bedrooms and one bathroom. The interior was given to the residents as a bare inhabitable structure, allowing each family to build finishes according to their means and taste. Notwithstanding the conventional program and the neutrality of the rooms (product of ministerial regulations), the dim and fragmented light inside evokes an atmosphere that reminds us of the darkness of the rukas, separating them from what happens outside in the city. This strategy also defined crisply the interior and exterior, opposed worlds in the Mapuche tradition, different from the modern tradition where interior and landscape are continuously integrated.

he interior was given to the residents as a bare inhabitable structure, allowing each family to build finishes according to their means and taste.

Our task, rather than that of architects, was to build a bridge between the Mapuche dreams and possible reality... The path we took would necessarily lead us to the mixing of two cultures ... That is, the history of our America ... 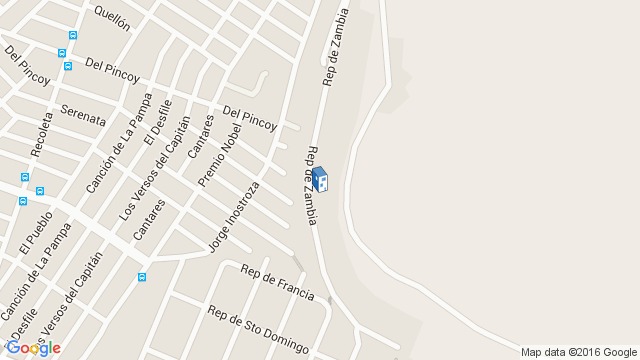