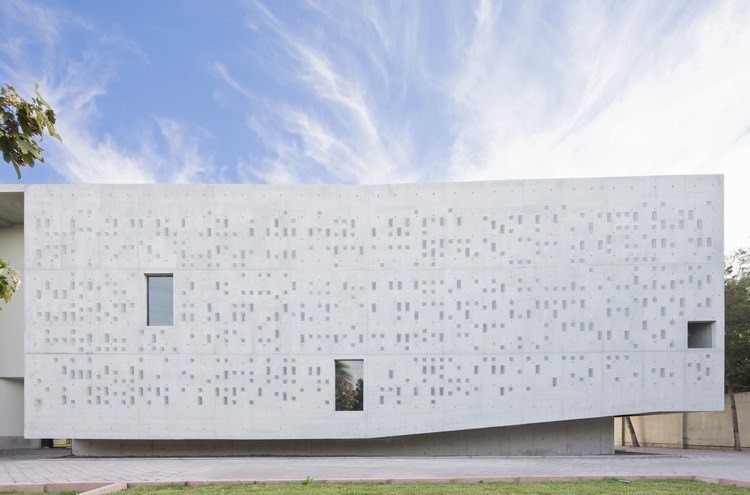 Text description provided by the architects. The land where this memorial is located is a small park to the west of the Historic Center of Santiago, surrounded by a series of detached two to three story buildings constructed during the first half of the 20th century. It was here that the most neglected souls in city were accommodated, together with a small hospital, a church and the office of the Hogar de Cristo, a charity founded by Father Hurtado in 1944. The continuity of the facades gave way to a protected interior where, in 1995, we built the Sanctuary of Father Hurtado. The strategy, at that time, was to create a green area that would also serve the series of buildings for workers that surrounded this Sanctuary. The spinal column of the project is a passageway that run lengthwise, dropping as far as 5 meters below the level of the park. At the far end is the tomb of the saint and a small chapel. These buildings can hardly be seen in the midst of the gardens which, with clever landscaping, establishes a complementary relationship with the preexisting buildings.

The Solidarity Memorial, erected to honor the work of Father Hurtado, a Chilean saint who devoted his life to the most underprivileged in society, is a small concrete building to the east of this park and from where one can still glimpse a splendid view of the magnificent Andes mountains in the background. In this sector, the most open inside the small park and where geography prevails over and above the urban surrounds, this new edifice goes no higher than the preexisting buildings around the perimeter.

The new memorial is attached to these buildings acting as a kind of hinge that articulates the original constructions to the more recent one that characterize the Sanctuary.

The silence and tranquility a project of these characteristics demands led us to explore the possibilities of one dense and translucent mass that appears as a wall on the outside with light inside. It was then that this wall of concrete and blocks of glass arose where the density and color of both materials fuses into one sole façade, whilst inside, the wall appears fragmented and perforated by the light.

Once we cross the threshold and the door to the inside, we are confronted with a compressed space which, making one turn, opens to begin the ascent up the ramps that connect the different levels of the building. The light that filters through the glass bricks confers a spiritual character to the space; a quality that reaffirms the austerity of the materials: visual concrete, bleached pine timbers and walls painted white. The different diagonal views that arise during the ascent intensify the three-dimensionality of the inside. 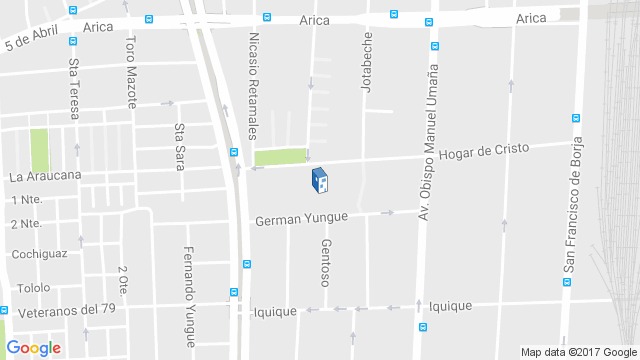