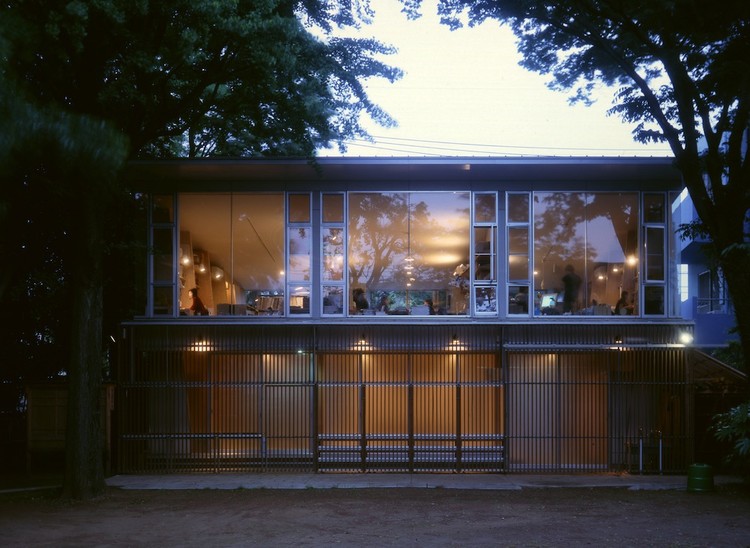 The site is located in a crowded residential area facing a landscaped water reserve tank. A sacred grove with tall trees over 15 meters surrounds the shrine grounds. The project consists of a gathering space and support area for shrine activities on the first floor with rental offices helping to cover administrative costs on the second floor.

Shrine Activity While the gathering place has a quiet appearance amidst the shrine setting, it assumes a variety of faces during special Shinto occasions. It becomes “the assembly place” for sixty people,”the back stage” for the Fall Festival and New Year’s Eve Worship visited by 800-900 people. It also enhances the presence of the main shrine. “Wooden louvre”are the controlling devices that allow the space to fit various shrine activities. It connects to, or separates from its adjacent indoor and outdoor areas. The rental office on the second floor is open to greenery at both North and South ends, making an open and expansive working space.

Structure The structural system of the building consists of a wall girder and a Joist beams floor with trapezoid structural cores at both ends. The joist beams floor panel span between side cores and wall Girders in a clear span that creates a large open space for the first floor. Both side cores resist lateral earthquake forces, using a wide trapezoid core. The facade can be made completely open through suspending the upper louvres from above and the removal of lower sections. 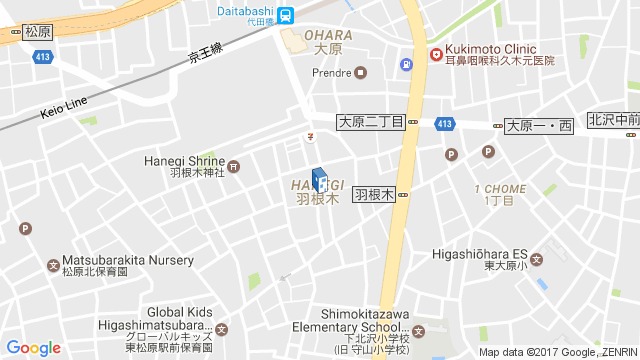