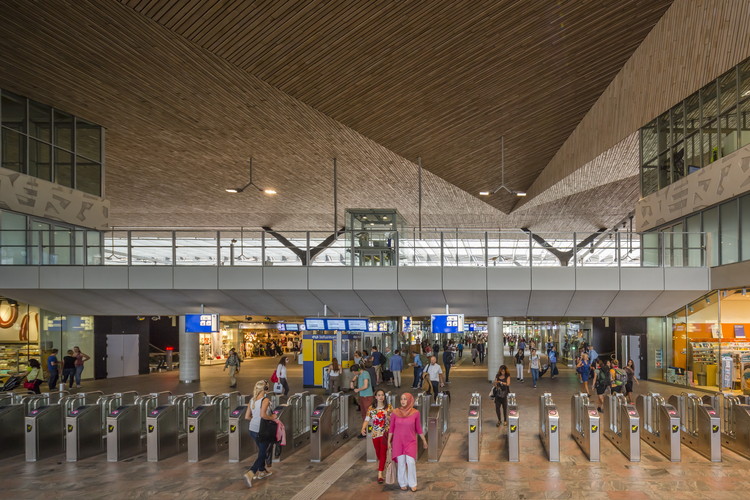 The former station was designed by Sybold of Ravesteyn in 1957. However, this post-war building was no longer suitable for the current passenger numbers and complexity of the transport hub. In order to maintain the connection with the past after the demolition of the building, several characteristic elements from the former station can be found in the new Rotterdam Centraal. The Speculaasjes, two typical granite sculptures are placed above the access to the bike tunnel. Moreover, the pattern of the Speculaasjes is used in the facade of the offices. The beginning of the esplanade is defined by two flagpoles, which were also part of the former station. Moreover, the letters CENTRAAL STATION and the station clock are proudly displayed on the current façade as a tribute to the past.

In the main hall of the station a LED screen of 40 x 4.5 meters has been installed. To emphasize the importance of the port and to strengthen the bond between the city and the port, the Port of Rotterdam donated the LED screen to the City of Rotterdam. By showing elements of the port on this LED screen, the Port of Rotterdam wants to give the thousands of travelers who arrive daily in Rotterdam the feeling that they have entered a port city, even though the port has slowly disappeared from the cityscape, due to seawards development. Now travelers can enjoy views of Europe's largest port at all hours and times of the day. 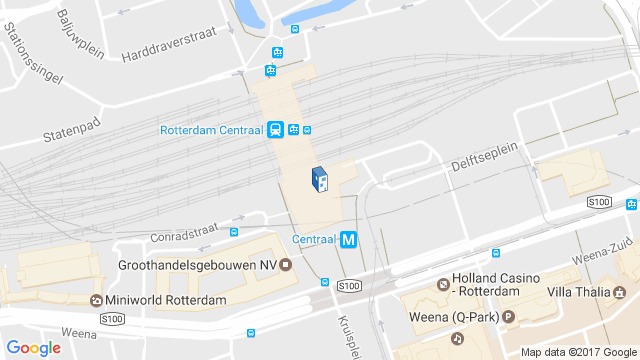 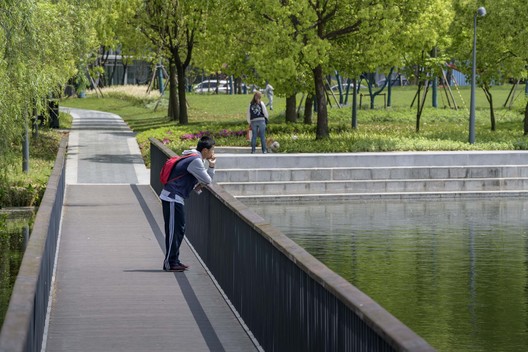 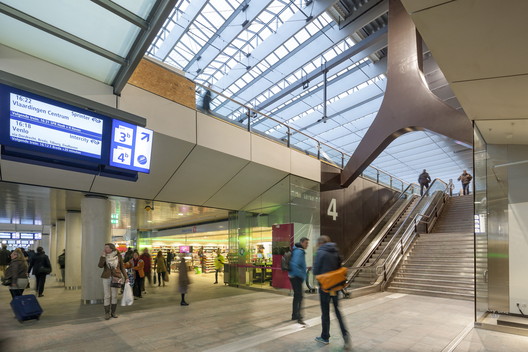