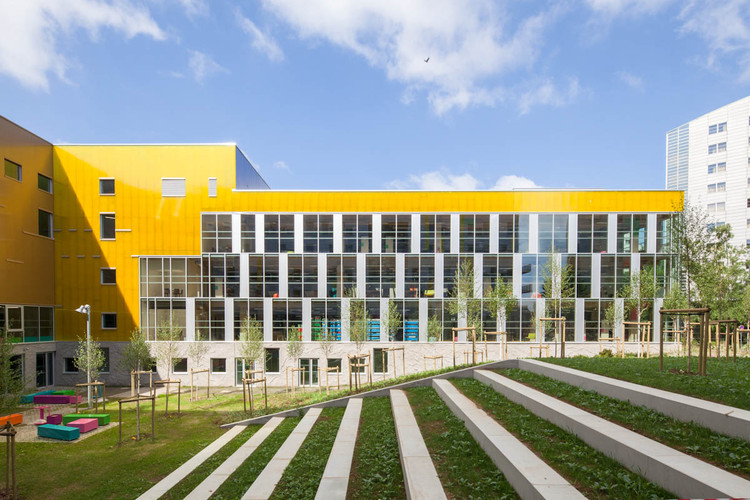 Text description provided by the architects. AMBITION FOR CITY AND UNIVERSITY

The University of Paris IV-Sorbonne's Clignancourt Centre was built in 1968 on a former military site located between Boulevard Ney and the Paris Beltway, in the city's 18th arrondissement. Its renovation, begun in 2009, is part of the redevelopment of the entire Clignancourt neighbourhood. Three areas in the Clignancourt Centre are open the general public: the library, the gymnasium and the auditorium. These three elements provide unity to the whole and are directly visible from the road; each has a strong, recognisable identity. Two imposing structures frame the site to the North and West: the OPAC housing block and the SAGI university accommodation which block views and sunlight, but serve as an acoustic screen against the Beltway. To the East, however, the site is completely open to the vast Poissonniers sports grounds and is bordered to the South by the quiet, residential Rue F. De Croiset.

In this dense and developing environment, the centre was rebuilt around a central garden with four distinct volumes serving four different functions. The library, the gymnasium and the auditorium face the city and make up the Centre's main façade, while to the East the monumental façade of the teaching wing marks the edge of the site. The raised volume of the main auditorium is accessed through a courtyard, the threshold between road and Centre, which provides a visual connection to the interior through the withdrawn, glass-panelled entry hall.

On the Rue F. De Croiset, the library and the gymnasium are superimposed, while the teaching wing's monumental façade marks the Centre out on a city-wide scale and makes it visible from the Beltway.

The choice of alveolar polycarbonate as the only material establishes the Centre’s contemporary identity. Colours are used to identify each of these volumes by function. The choice of colours reference university symbolism: daffodil yellow , traditionally associated with the arts, literature and philosophy, is used for the library’s envelope, but also links the different buildings through lines and ribbons which echo throughout the volumes. The colour gold emphasizes the auditorium's envelope, marking it out as the Centre’s flagship building, but also indicating the entrance to the site. The light grey and opalescent of the teaching wing and gymnasium are a counterpoint to these strong colours. 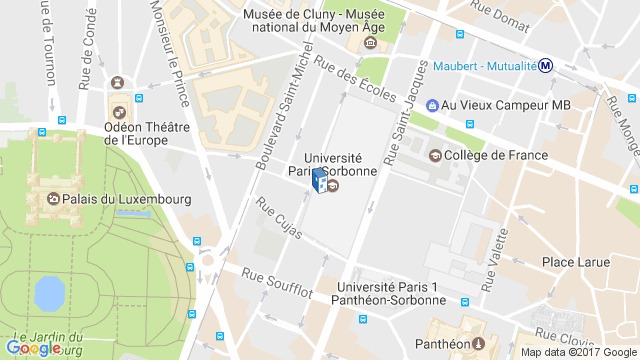