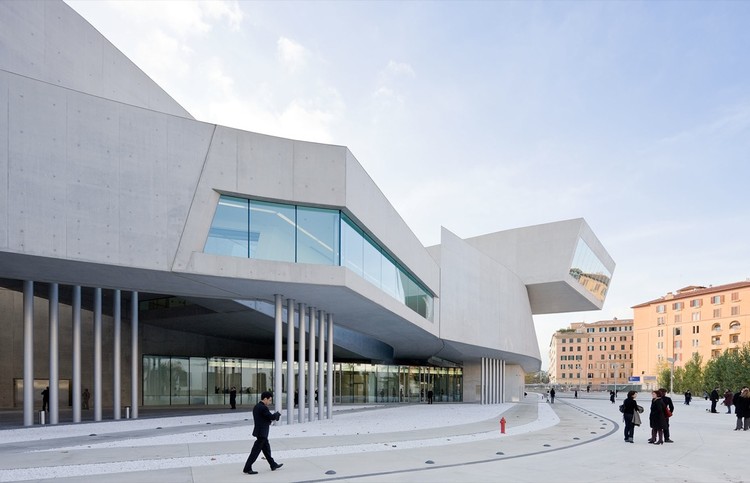 Text description provided by the architects. Opening the website of Zaha Hadid Architects, the home page shows the various links of the practice on a schematic plan; it is the plan of MAXXI, Museum of Arts of the XXI century, in Rome. This side-fact indicates the importance of MAXXI among the projects made by Zaha Hadid. The museum was recently completed, after ten years, and opened on preview to the public.

Archdaily was invited to the preview, so it was possible to experience the spaces while empty – the art collection will be installed during winter, the official opening will take place on April 2010 – and have a direct impression of the building. As declared by the architect, the museum is 'not a object-container, but rather a campus for art', where flows and pathways overlap and connect in order to create a dynamic and interactive space. Although the program is clear and organized in plan, flexibility of use is the main goal of the project. Continuity of spaces makes it a suitable place for any kind of moving and temporary exhibition, without redundant wall divisions or interruptions. Entering the atrium, the main elements of the project are evident: concrete curved walls, suspended black staircases, open ceiling catching natural light. By these elements Zaha Hadid intended 'a new fluid kind of spatiality of multiple perspective points and fragmented geometry, designed to embody the chaotic fluidity of modern life'.

This statement of the architect, as usual of hers, brought out the question if the concept of de-constructed fluidity matched with the identity of a “static” city as Rome, and with its classical heritage. The response of critics and public has been positive. Especially in this context, in the relation with the existing fabrics, the curved smooth walls dialogue with the neo-classical symmetrical facades. The new organism includes in its developing the front- side building, by clean and blind surfaces at the side, thus declaring the feasibility and the need of coexistence. The museum is well inserted in the urban block situation, taking from it its guidelines, and opening its cut-end wings as panoramic viewpoints.

Particular attention has been given to the natural lighting, by the thin concrete beams on the ceiling, together with glass covering and filtering systems. The same beams have a bottom rail from which art pieces are going to be suspended. The beams, the staircases and the linear lighting system guide the visitors through the interior walkway, which ends in the large space on third level. From here, a large window offers a view back to the city, though obstructed by a massive core.

The museum participates actively to the location – Rome, and its first outskirt, not a part of the old centre, but still central. The Flaminio neighbourhood has been interested in the last years by a renovation program of public attraction, the latest being the Auditorium by Renzo Piano. The long MAXXI construction process completes the idea of a renewed city. Moreover, MAXXI is the first national museum of contemporary art in Italy. It will bring a lot of attentions, by public and media, together with economical activities, rendering this museum a central point for Rome, which is in constant look for its contemporary identity.

Note: this article was originally published on April 8, 2012. 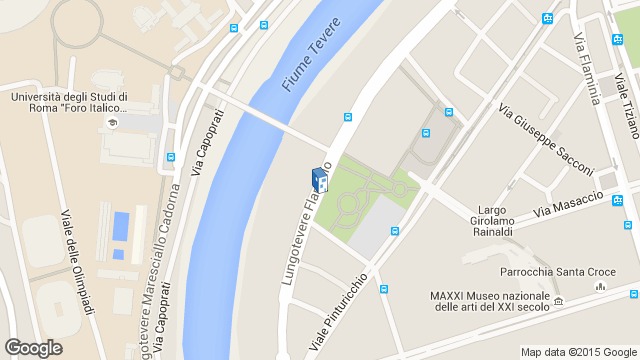 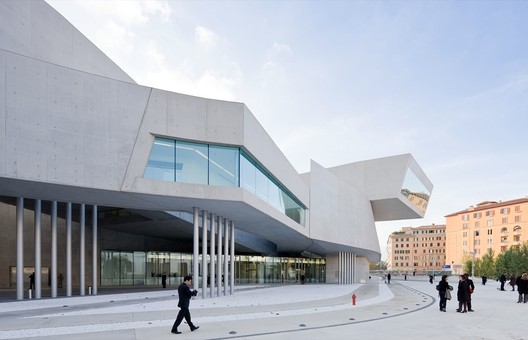