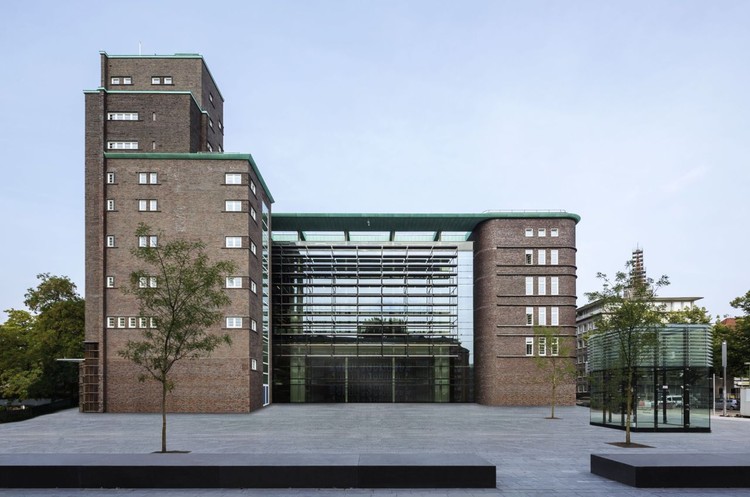 Text description provided by the architects. After a construction period of four years, the city of Gelsenkirchen is this weekend celebrating the opening of its new town hall, which was converted to plans by the architects von Gerkan, Marg and Partners (gmp). In addition to speeches, tours of the premises and other festivities, gmp founding partner Volkwin Marg, town planner Kunibert Wachten and architectural critic Dieter Bartetzko will be talking about this new building on old foundations in a round-table discussion. The briefing for the new Hans-Sachs-Haus specified that the existing town hall in the city centre be demolished and a new town hall with public citizens’ forum be built while retaining the brick facade dating from the 1920s, which is listed as a historic monument.

The conversion of this monument, which was designed by the Essen architect Alfred Fischer and which is a reference to the spirit of social change during the Weimar Republic, has now been completed. This modern brick building, the external appearance of which has been retained, is a reminder of a cultural epoch which, originating from its social and democratic visions, has created an artistic and architectural legacy. In deference to the past, the original idea of the public citizens’ venue with a central meeting hall as a citizens’ forum was re-interpreted inside the building. By demolishing the extension building dating from the 1950s and its reconstruction at Dreikronenstrasse, a “citizens’ square”, called Alfred-Fischer-Platz, was created within the curtilage of the Hans-Sachs-Haus town hall. The hotel tower was thus freed up and re-elevated to an urban landmark.

The Alfred-Fischer square is continued as citizens’ forum on the ground floor of the new Hans-Sachs-Haus. It features a light-filled atrium that is transparent in all directions. The multi-functional citizens’ forum presents a wide front to the sunny square, and in fine weather it is possible to combine the spaces by opening the doors of the western facade. Events and concerts can be staged inside as well as outside. This flowing transition between the interior and exterior spaces underscores the impression of an “open house” for citizens.

Behind the retained historic facade, the citizens’ forum and the Council Chamber, the meeting rooms and Lord Mayor’s suite are paired with a suite of offices and service rooms. The space of the citizens’ forum, which is covered by the Council Chamber, can be separated using mobile partitions in order to form an enclosed venue for events. All areas requiring easy access for the public are located along the citizens’ forum on the ground floor. Consulting rooms and a cafeteria are invitingly placed along the generous historic “shop window facade”, which has been re-instated in its original design.

The internal atmosphere is largely dominated by the interplay of the spatial structure with the colour, texture and feel of the materials used. Structural elements, such as pillars and ceilings are finished in brilliant white plaster. The meeting rooms and Lord Mayor’s suite are lined with wood panelling. The floor in the citizens’ forum facing the atrium are transparent glass facades, creating an open atmosphere around the office areas. The strong horizontal emphasis of the floors visible from the atrium replicate the design principle of the historic facade.

The western corner of the building, at Munckelstrasse, was rounded off, replicating the design of the corners at Ebertstrasse. The horizontal strings that are a pronounced feature of the historic facade have been continued around the corner on the wall facing Alfred-Fischer square and, in the area of the foyer, continue in the form of sculptural screening elements that provide shading from the sun. The southern facade of the hotel tower has been reconstructed thus re-establishing the original appearance of the tower. 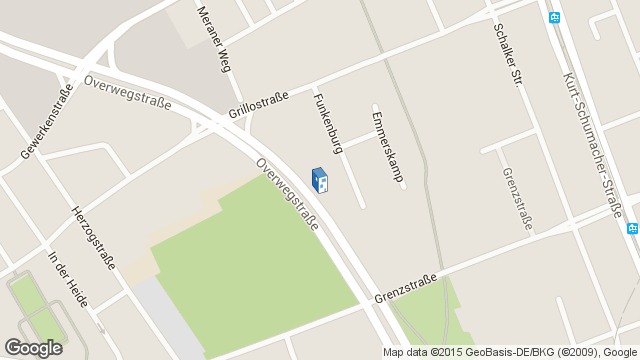