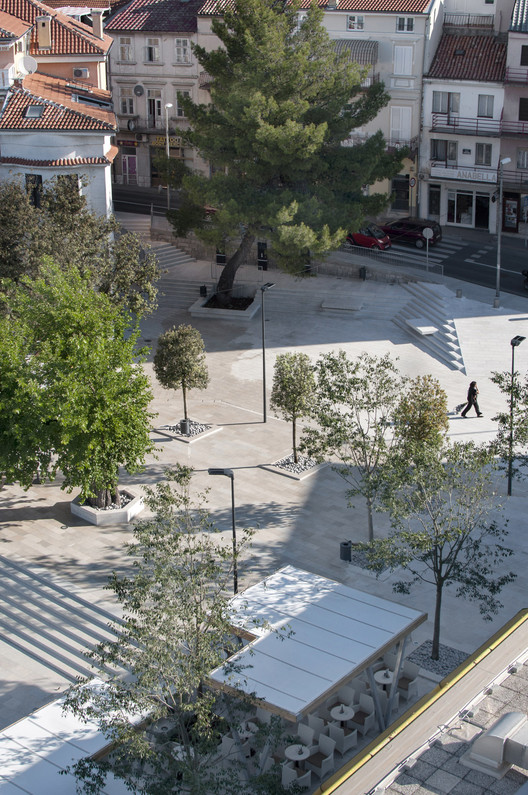 Text description provided by the architects. The public competition for regulation of the center of Crikvenica was announced in 2011. and the first phase of the project is now completed. After the works on shore line expansion 20 m towards the sea finished in 2012. first phase project, Stijepan Radić Square was completed in 2013. With finalization of the main city square Crikvenica finally got the first representative public space. Next phases involve regulation of rest of the city center including the Park of the fallen for homeland and the construction of City pavilion along with another square.

Concept of the square derives from The promenade and its main element, the tree line, one of the main traditions of city Crikvenica, that used to stop at the Stjepan Radić Square. The goal was to patch that crack and, as a result, to reintegrate south-east part of Crikvenica as a cohesive part of the city. That way Crikvenica becomes a central point of the long stretch of seaside promenades between small costal towns Dramalj and Selce and its public contents along the shoreline.

A tree line as a main element of the promenade forms a backbone which collects different public contents creating various ambients along the promenade. Stjepan Radić Square becomes a center towards which all the seaside movement gravitates and, as such, demands a large open space.

The promenade is pulled inside with its public contents (terraces) and along with the tree line it forms the main square with the only clear sea view in Crikvenica. Strong interventions were avoided so that the various usage possibilities on the main square would be possible. The existing ground height difference is used to differentiate terraces from the open space of the square forming a staircase / sitting area on the contact zone of the square and terraces. Shaded terraces for catering contents became an audience space towards the sea and the square. Over-hangs were put among the tree tops for the protection from the sun and rain without damaging the main (clear) ambient of the square. The road as a negative factor with its mild and frequent denivelations „stone waves“ in contrast with the square becomes an attraction for the cars and for the pedestrians, enabling comfortable and slow movement of all participants in traffic. The road is disconnected from the pedestrian zone with tactile barriers in tessellation for safety and to inform about the road without creating a visual barrier towards the sea. 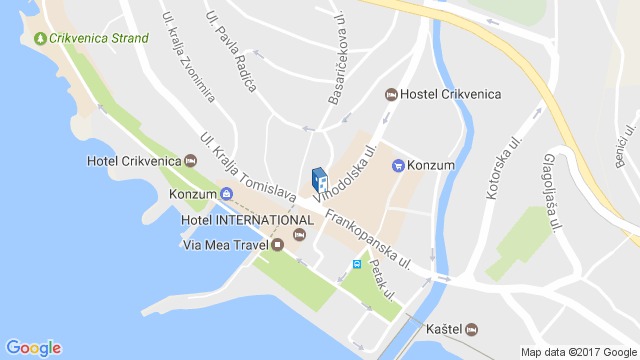