Hawkins\Brown, with Mae Architects and Grant Associates, have been appointed by London Borough of Camden to develop proposals in collaboration with residents for the potential redevelopment of the Agar Grove Estate, a major housing regeneration project for London with an estimated construction value of £55 million. The current proposal being developed includes the demolition of 112 homes and the provision of around 360 new homes, bringing the total number of homes to around 500. A range of unit types has been introduced including family terrace housing and maisonettes with gardens, as well as lateral flats with balconies. More images and architects' description after the break.

The project is part of the Council’s Community Investment Program and aims to be an exemplar for the borough, with high sustainability standards and a ‘fabric-first’ approach to increase energy performance. Located North East of Camden Town on a site adjacent to two railway lines, the original estate dates from 1966 and was built in a Modernist style. It was built as social housing and comprises 249 homes arranged in a series of low-rise blocks clustered around an eighteen-storey tower (Lulworth) served by its own shop and café.

Lulworth residents are being consulted on the future of their block, which could be refurbished or demolished but, in either case, the existing 137 flats will be replaced. The mixed tenure regeneration scheme will be funded through a combination of market and shared ownership sales and grant funding. The proposals are still under consultation though, if approved, all existing tenants will have the opportunity to be re-housed on the regenerated estate and a careful phasing plan has been developed to ensure most residents only have to move once from their existing flat to their new home.

The scheme is based on the following objectives: 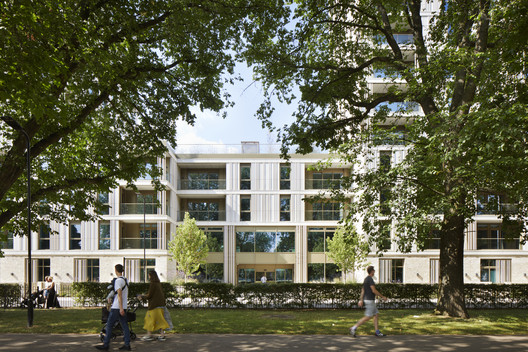