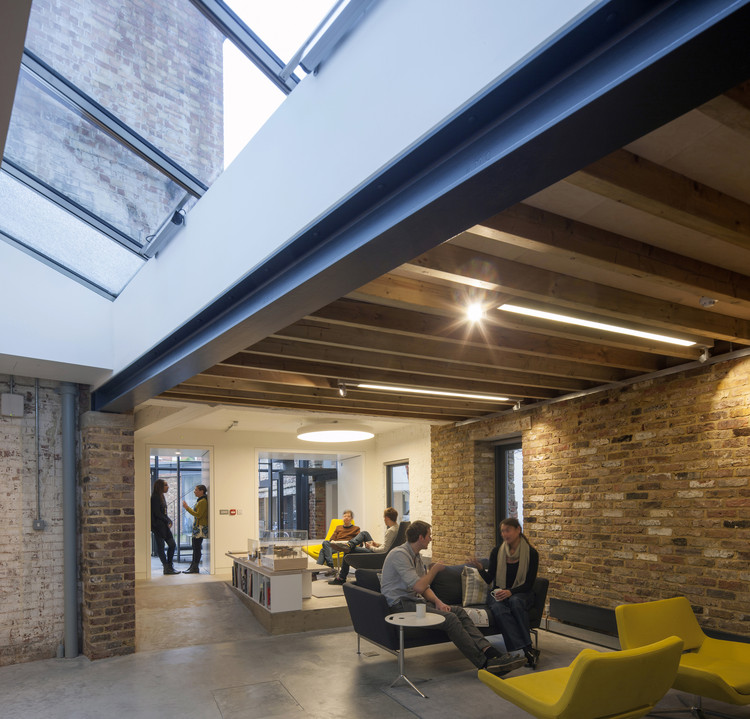 Text description provided by the architects. A decade after Bennetts Associates Architects revitalised a group of redundant industrial buildings in Clerkenwell to form its London office, the practice has completed the final phase in the development of its premises by extending into the neighbouring property - a former restaurant at 326 St John Street.

The new single storey studio, now known as ‘326 Downstairs’, is a flexible workspace, dining area, model making workshop, crit room and event space. 326 sits at a pivotal circulation area within the office, encouraging interaction between the workspaces that are located on either side. Contemporary soft furnishings and bespoke joinery give a crisp and colourful counterpoint to the rugged character of the interior, whilst a skylight floods the space with natural light.

“The completion of 326 Downstairs is a fantastic way to mark the practice’s 25th anniversary. It has enabled us to bring to our own office, ideas that we have developed in commercial projects over the last 26 years, with over a third of the office now allocated to uses other than formal workspace. 326 has already become a hub for creativity, interaction and discourse, affecting a positive change in our working habits and design process.”

Taking lessons from the practice’s largest office projects, Bennetts Associates’ London office comprises a sequence of carefully connected spaces, offering variety, glimpses, courtyard views, textures, colours and layers of history. The flexibility and stimulus provided by such a wide range of spaces within a small property binds the organisation together and inspires all who visit and use the building.

The first phase of the redevelopment was completed in 2002, involving the retrofit of a former printworks and 18th Century barn. Hemmed in by Georgian and early Victorian terraces, the site of the completed office has an irregular boundary, with the existing buildings facing a small cobbled courtyard. The main entrance to Bennetts Associates’ office is through an existing wall on Rawstorne Place – to the east of the site - allowing the courtyard to retain its original dimensions and atmosphere.

On the south side of the courtyard sits the small former barn, a unique survivor from the days when livestock required a resting place on their way to the nearby historic Smithfield Market. Although the barn was in a state of near collapse, it was restored to form the ‘hub’ of Bennetts Associates’ office, with its rugged brickwork exposed to view at every opportunity.

The former printworks to the north was once used as a foundry for cast metal lettering and more recently as the premises of a commercial printer, whose front office was once located at 326.

Between the barn and the boundary wall is a new-build, two-storey studio space, replacing some outbuildings that were beyond repair. By placing the cellular meeting rooms in the barn, the whole of the printworks and the new extension are devoted to open plan studios, with a flexible arrangement of workstations that can be serviced from the floor.

The office redevelopment is an exemplar for Bennetts Associates’ extensive work on sustainability. Bringing redundant buildings back into re-use is a key economic principle, but the architectural design also demonstrates at an environmental level how to reduce carbon emissions across disparate forms of construction. This includes a series of measures to reduce energy consumption, including thermal mass in the new build element, natural ventilation, high insulation values, solar control and the avoidance of air conditioning.

The new-build elements of the office support extensive green roofs. In addition to their environmental credentials, these provide a green outlook for users and neighbours as a visual extension to the gardens which enclose three sides of the building.

The extension to create 326 Downstairs provides a more generous density of over 11m2 per workspace (the British Council for Offices recommends 8-13m2), which together with good quality daylight to internal spaces, contributes to a pleasant working environment throughout studio spaces. 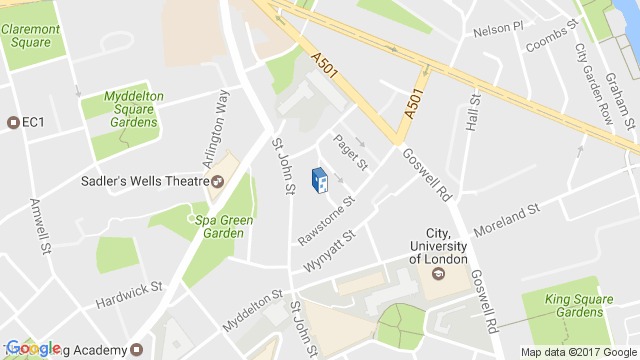