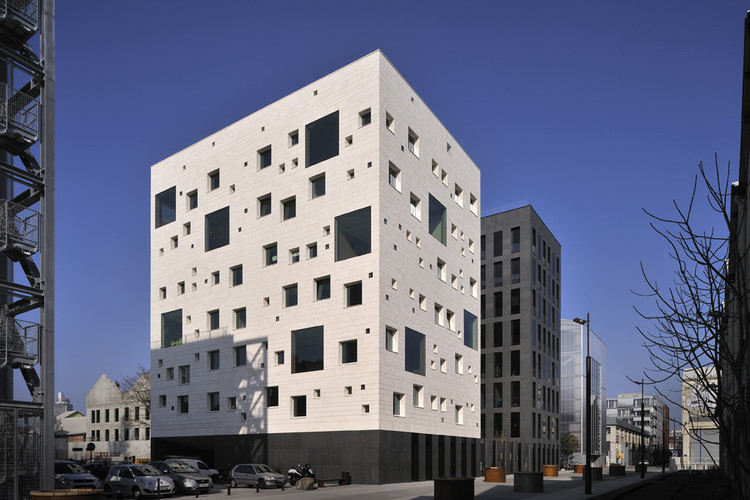 Text description provided by the architects. Following the guidelines and recommendations fixed in the general specifications of the ZAC (Urban development zone) established by the Chemetov studio defining the layout and the general volumetry, the project proposes a simple, controlled type of architecture, introducing a contrast between two spatial entities.

This contrast can be seen both in the openings and the colour of the building material. In opposition to the rigour and orderly structure of the prism made of blue stone is a more random construction with square openings perforating a volume made of white stone.

These two creations are of varying widths and generate a special atmosphere and possibilities for interior layouts adapted to different uses.

Their central volume brings together vertical flow movements which connect the two entities. Thanks to the relation established between the passageways and the empty space above the concourse, a spatial tension is achieved which makes this space an important feature of the project, going beyond its simple functional value.

The unity of the building material used (stone facing), the setting up of a continuous ” base” for the whole structure as well as its geometrical simplicity give the project the expressive force that one hopes to find in architecture in such a remarkable site. 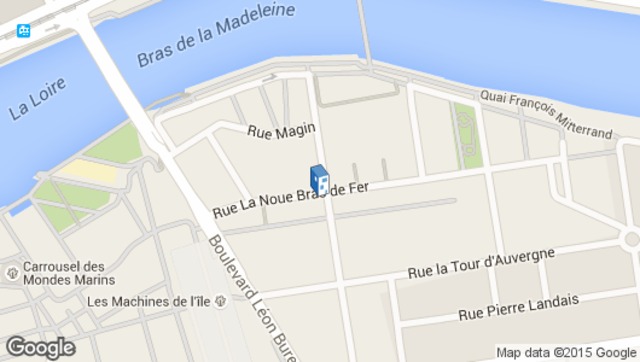