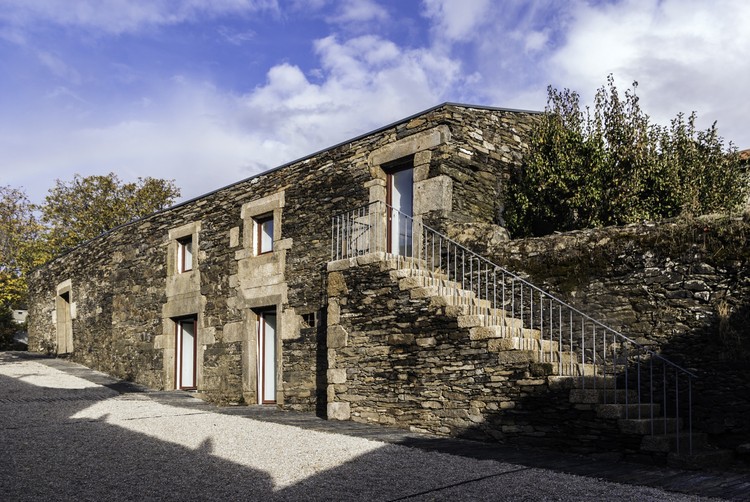 The Casa da Calçada was one of the dominant buildings in the vineyard village of Provezende in the Douro region, Portugal. The house has a regular and symmetric displacement, drew according the 16th century scholar architecture. House and chapel define the street and a small square that plays an important role in the urban public space of the village.

The property was the seat of a wide range of vineyard acres, punctuated by several small buildings of agricultural character built to support the productive activities. Those buildings were meanwhile abandoned. They consist in a group of small vernacular stone buildings, placed around a small patio next to the main house. The project consists in its conversion into hotel rooms.

Our intervention can be summarized by the dispersion of hotel rooms within the small buildings avoiding new constructions. The proposal was about to open new spaces within the cluster of buildings and reveal the beauty of the new use within the old ruins. The proportions of the old buildings were corrected and new materials find they place among the old stones. The swimming pool is located inside the main ruin.