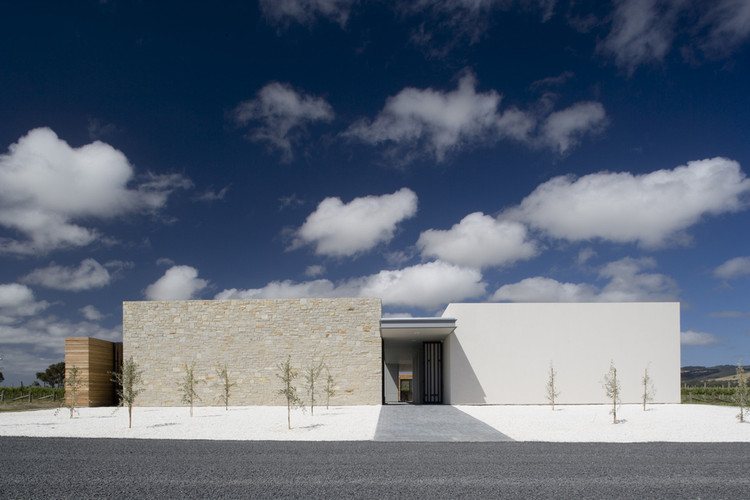 Text description provided by the architects. Primo Estate is a purpose-built tasting facility in McLaren Vale, South Australia. It is sited over a rise, away from the road, amongst eight hectares of cabernet sauvignon, shiraz and merlot vines. Its south façade overlooks the vines and the picturesque Willunga escarpment beyond.

The brief was straightforward – tasting rooms, offices, production areas and a home for a specially imported wood oven. The Italian clients also provided imagery of the things they admired; cloisters, centuries-old gates and doorways and views of the hilltop town of San Gimignano.

San Gimignano is an interesting precedent. It appears as a sculptural form in the landscape and appears as a closed, fortress-like township. On the other side of its walls, however, the town reveals itself as a warm, lively series of piazzas, streets and communal spaces. The robust, abstract exterior of the town has strong parallels with the early, rectilinear sculptures of Richard Serra and the Marfa works of Donald Judd.

These visual cues led to the configuration of Primo Estate as a sculpture within the landscape, housing an intimate piazzetta. The protective outer walls conceal a series of smaller-scaled communal spaces, well-suited to the regular harvest celebrations that Primo Estate host. This courtyard is defined by four simple elements, each serving a unique function and each expressed in a complementary material.

The main building is located on the southern side of the piazzetta and houses the tasting rooms and office areas. It is a masonry building with a series of deep reveals to the south which shade the glazing from late summer sun and have been set out to align with the rows of vines; a simple gesture that ties the building into its site and creates a strong dialogue between the interior tasting spaces and the landscape. In keeping with the masonry character of the building, the openings are tall and deep and finished in a heavily-textured stucco. The pivoting timber door to this building is deliberately massive and tactile. It weighs a quarter-tonne, with cast gunmetal handles that weigh more than 30 kilograms each.

In contrast, the eastern edge of the piazzetta is defined by a lightweight, metal-clad production shed. Simply detailed, this element is a practical shed used for the production of vinegar and, on occasion, large functions.

The long northern wall of the courtyard is clad in tallowwood. Its depth houses a long, recessed niche which serves as seating for outdoor functions and spillover seating for the tasting areas on busy days. The wall is given further depth and texture by cladding it in two different widths and thicknesses of timber, arranged in a random pattern. The wood is deliberately left untreated and will weather to a steely grey over time, much like the familiar boundary fences and head posts of the surrounding vineyards.

The tallest element in the composition is the western courtyard wall, designed to house the wood oven. Its height and prominence reference the protective walls of San Gimignano, while performing the pragmatic role of shading the piazzetta from the fierce western sun. The wall is five metres high, two metres thick and is constructed from local stone, hand-hewn on site by a team of local stonemasons.

To either side of the main complex are two remote timber structures that perform a dual role. On a day-to-day basis, they are the carports for visitors and staff. Once a year though, they house rows of specialized timber racks, used to partially dry cabernet sauvignon grapes for one of the label’s flagship wines. 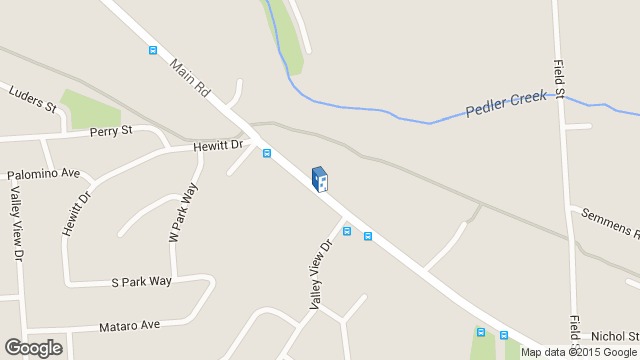