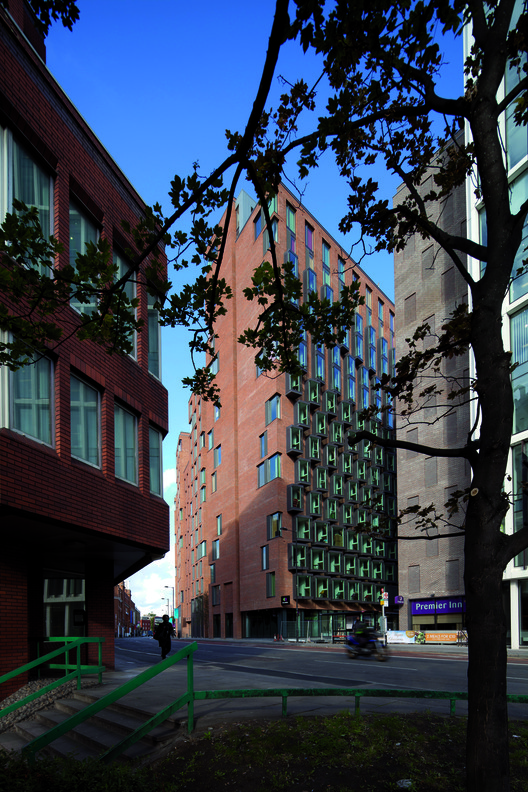 Lifschutz Davidson Sandilands has completed 10 East Road, a mixed-use development north of Old Street roundabout in East London. Developed by Rocket Investments, the 397,000 sq ft scheme includes a hotel and offices, together with student apartments forward-sold to Quintain Estates. Lifschutz Davidson Sandilands has set out to establish a cohesive urban vernacular for this fast emerging area of London, which contains buildings of varying quality and disparate architectural styles.

10 East Road is a robust cluster of finely detailed, handsome buildings that respond to the varying scale of the surrounding urban mix. In-keeping with the practice’s philosophy of ‘Long Life, Loose Fit’, it is an urban intervention of flexible buildings, with stout finishes, appropriate materials and flexible floor plans. The project makes a crucial repair to the fragmented urban fabric of the area by addressing the street at ground level, adding clearly articulated front door uses and creating a new pedestrian route.

The site, which was formerly occupied by three outdated and out-of-scale semi-industrial buildings, is located at the convergence of East Road and City Road. To the west sits the Moorfields Conservation Area, a collection of handsome terracotta buildings, which Lifschutz Davidson Sandilands took as an important precedent. Rather than filling the site with a single monolithic form, the new scheme is laid out as two urban blocks, separated by a new pedestrian street that creates a connection to the residential area to the east. The blocks are articulated as a series of stacked vertical towers of varying heights that read as a cluster of buildings, creating a visually interesting skyline and offering unexpected framed views from the rooms and corridors.

The distribution of uses across the site responds to context; the commercial office and hotel are located to the south, closest to the commercial bustle of Old Street, with the student accommodation woven into the residential area to the north. The buildings all sit at the pavement edge and spaces for shops and community uses line the frontage at street level. A landscaped courtyard behind the residential building provides spaces for students to relax outdoors and allows a visual connection to the surrounding streets.

The scheme takes visual cues from the imposing Imperial Hall to the west, which hugs the curve of City Road, being visible only obliquely from most viewpoints, which ameliorates the appearance of the overall mass of the building. 10 East Road is composed to exaggerate the subtle curve of the road in the same way, gradually revealing itself to the passer-by. Strong articulation at ground floor level retains the human scale and creates the experience of moving along a traditional street, with its small dramas, vistas and glimpsed views. The selection of façade treatments creates variety and articulates the buildings’ different uses; the office facade is distinguished from the 12-storey hotel that wraps around it on three sides by its white polished pre-cast concrete fins that establish a formal, civic presence; portions of the 17-storey student building’s western façade have a ‘grille’ feature which echoes the office building façade and ensures an architectural connection between the two buildings.

The student accommodation and hotel facades are clad in brick, the vernacular material of the area. Various devices – such as different coloured mortars and brick stocks - have been used to subtly create depth and variation in the facades and enhance recognisability for the various parts of the buildings. This articulation has been carried through thematically to the fenestration. Where the hotel and student residences look directly on to other buildings, the fenestration is stratified. Different window sizes were chosen in response to the height of neighbouring buildings, while on the southern façade, where privacy is an issue, windows are placed obliquely in projecting oriel bays. Triple-height projecting window boxes on the first to third floors of the office’s western façade set up a visual dialogue with the retained Three Crowns public house. 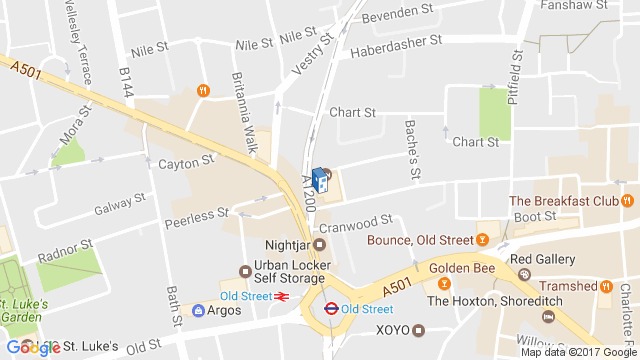 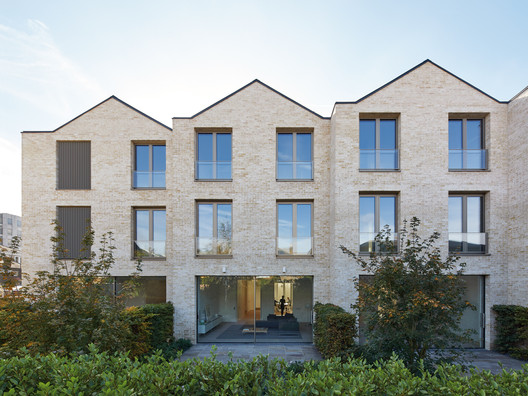