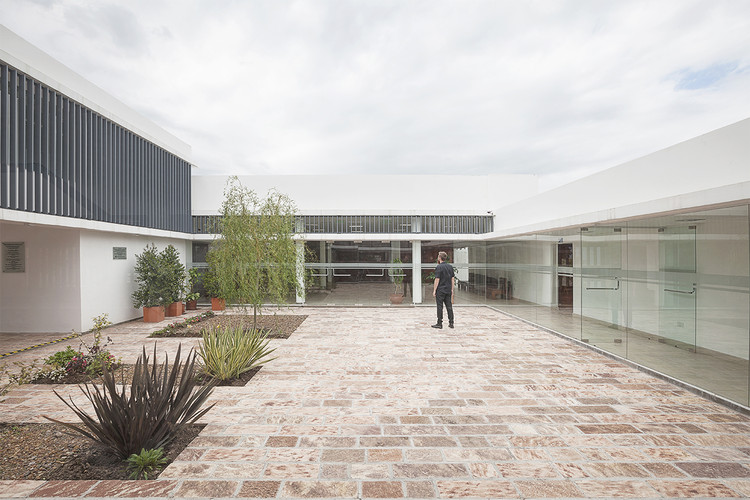 The courtyard and the gallery.The building for the Medical Association of Salta uses the courtyard, an element of vernacular architecture of the region, as center of the project.

The plan is organized around a central courtyard. It functions as an open hall which articulates two sectors of the building: the administrative sector, hosting offices and archives and the public sector, where the auditorium and commissions rooms are located.

Weather and identity: In order to the northeast architecture of Argentina, the building its resolved in solid character volumes, broad walls, and thin openings to the exterior and open surfaces to the interior.

The disposition and continuity among the volumes and the courtyard, favors passive cooling and heating systems.The building for the Medical Association of Salta was inaugurated during October 2012 as a result of a public competition gained in 2010. 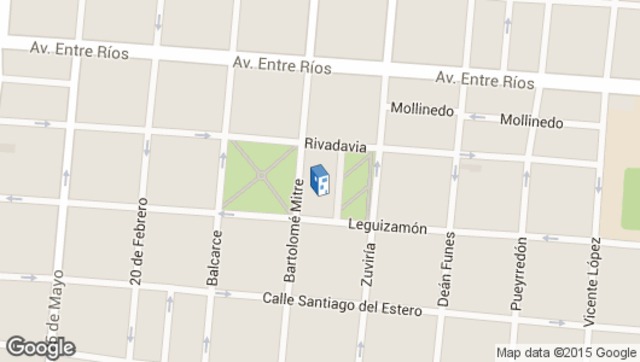