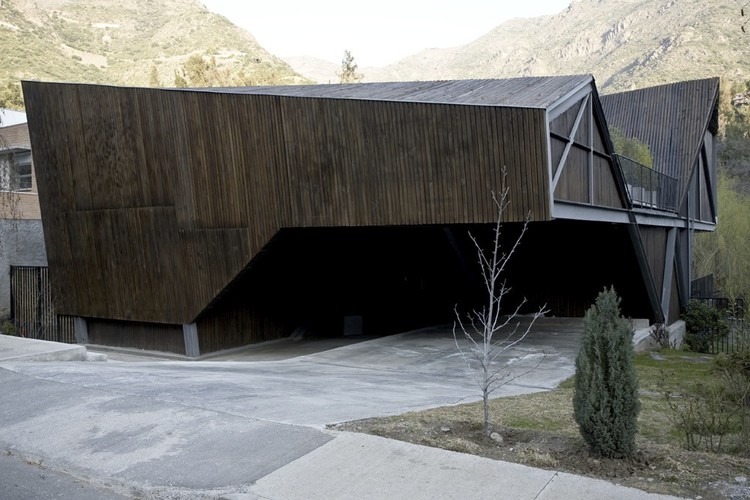 Text description provided by the architects. The Casadetodos villa is a project that arises from a single family house comission, at the high region of El Arrayán, Santiago.

The project is articulated from the intention of exploring potentials in non conventional structures; the generation of complex surfaces and ensuring views towards the mountain.

The structural strategy consists in positioning four metalic frames on each axis. Each frame is conceived as a single architectonic piece which varies according to the programmatic needs, creating ruled surfaces, making a loft through them.

The frames are in this way understood as a series of `components´that repeat and variate in the project benefit. These components try to express the structural efforts as much as they can, leaving them naked, at the interior and exterior of the house. Those are inspired on hanging bridges, aiming to get a slender structure of evident structural efforts by built vectors. From here big cantilevers are generated which give lightness to the hanging volumes, and create a covered terrace bellow.

Each room, except the service zone is opened to the mountain. Considering the south facade , the rooms are therefore illuminated from the north with an interior patio and skylights above the rooms on the second floor...-remember in the south hemisphere we get the sun from the north-.

The north facade is completely blind, because it is exposed to the street which is on a higher level. To get a degree of intimacy on the second level, a double curved surface is constructed; it will be a visual protection and also part of the beach-terrace on the rooftop.

In the Casadetodos, the leisure spaces are privileged, spaces that enable a direct relation with the nature in either intimate spaces, or dramatically opened ones towards the mountain. 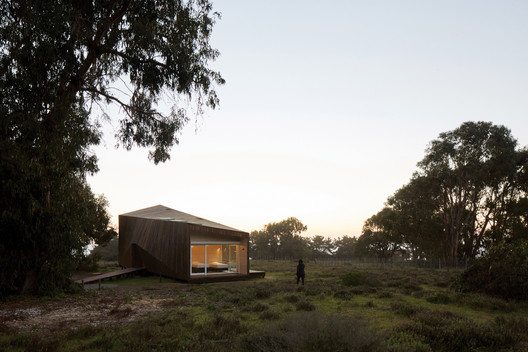