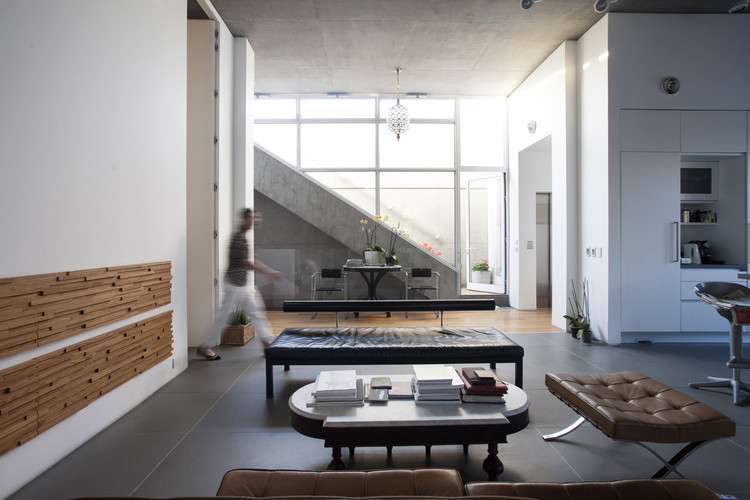 Text description provided by the architects. The Naomi Givon House, located in the oldest neighborhood in Tel Aviv, is a good example of a middle class residential house typical of the period in which it was built - wide open oriental spaces.  Each floor is planed as a large central hall surrounded by several smaller rooms

The building was originally built in stages starting from approximately 1890 for the ground floor while the first floor dates from 1905 to 1912 and is separated by a staircase. As a separate apartment

The house was empty for years .

While  working on the renovation plans , the  architects carefully documented the building and the typical architectural details.

In 2006, after a particularly rainy night, the building collapsed.

Immediately afterwards, Despite the potential for designing more levels within the volume of the restored building, larger floor area in a new building plan , the owner decided to keep the original volume,  and the refurbishment kept the two main floors with especially high ceilings and the construction plan was put together adhering to careful conservation of the external façade of the building.

The ground floor and basement level were redesigned as open spaces for art collections while the top floor into a large open space for residential use.

The upper and lower levels were planned according to a free internal division - as many open spaces thus preserving as much visibility as possible both with respect to the exterior and interior. The open space also preserves the continuity of the exterior openings transforming the external façade into an internal façade. The windows and external doors create a dialogue with contemporary design language for both the residential spaces and the art collections.

The uniqueness of the building is the subtle combination of contemporary taste with the carefully restored historic experience.