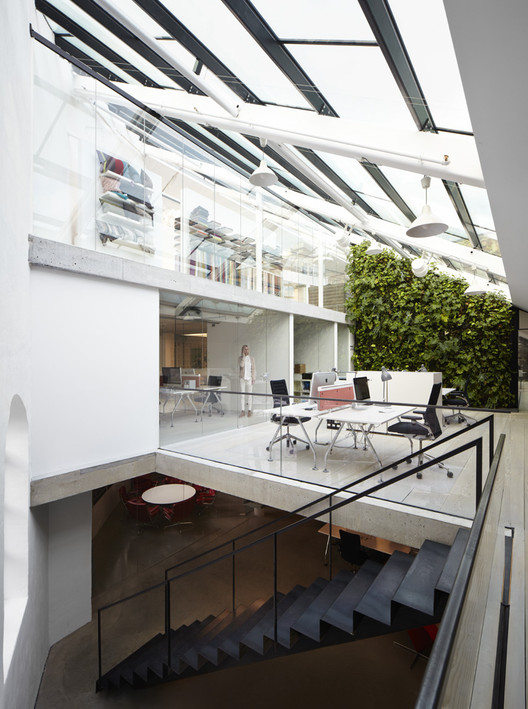 In 2012, Space Group completed the refurbishment of a late nineteenth century industrial building designed by architects Ove Ekman and Einar Smith. This area along the Akers River was historically referred to as NY York (New York) due to its explosive development in 1858. Today the area reflects a transformation towards a district focused on art, architecture and design.

Signal Mediahus sits next to the Aker River in Oslo. The original industrial building has a rich history of uses, from textile industry to offices and events. Part of the building burned down in the 1980s. The project inserts a completely new architecture inside the shell of the old while preserving the historic. The two correlates while both being clearly architecturally defined.

The Signal Mediahus hosts several film production companies under one large glass roof. The program is organized around a main void that brings light from a glass roof into the deep section of the building. The program is also organized around the availability of light: cinema rooms in the basement, edition rooms, studios and offices in the ground floor and offices on the upper floors, where more daylight penetrates the building. Different programs receive different material treatments.

The space in the basement is organized around a big black box that contains the cinemas. On the ground floor, two wooden cladded boxes hosts the studios and edition rooms, while generating common spaces in the gap between the existing façade and the boxes. The boxes also serve as acoustic absorbent for the Atrium. The upper floors are as open and transparent as possible, creating promiscuous visual connection between different tenants, encouraging exchange and collaboration.

The life of the building is around the common atrium: a lounge, meeting spaces, café, a vertical garden and a centrifugal circulation. The circulation is designed to maximize the interaction between the users and the experience of the space.

The building is designed in both plan and section as one large open space. This architectural solution allows for an efficient use of the energy and ventilation, reducing consumption and minimizing the need for ventilation technical installations that can prove difficult to integrate into historical buildings.

Our goal was to reveal the space where a discourse on art could be generated rather than represented. After years of exploitation, the space is again visible, the materials accentuated, and one new element is introduced, a large stair of massive wooden planks (Douglas fir). The stair acts as an auditorium and makes the transition between the OCA offices and the project space. The stair organizes the space in 3 zones, providing a room in the room for lectures and screenings, a reading room and Library of Norwegian Artist as well as the surrounding exhibition space. The project includes offices for the OCA administration, artist studios for OCA’s residence program and a 450m2 project space.

As part of a the Nedregate 5-7 project, Space Group made the design for the “NY York Kulturbarnehage” (New York Culture Kindergarten). The space is built for children’s exploration and use. The scale is deliberately manipulated in a sequence of compressed and open spaces. The big, open room creates a frame where as variations in horizontal and vertical lines, creates intimate rooms for small groups and secret play, which are only available to and dimensioned for children. The kindergarten has four bases organized around a giant staircase for musical gatherings, theater, film, dance and play. In the back of the room lies a big curved wall that contains all technical installations. It’s made out of stainless steel and distorts the viewer’s image, just like the fun mirrors at the fun fair. 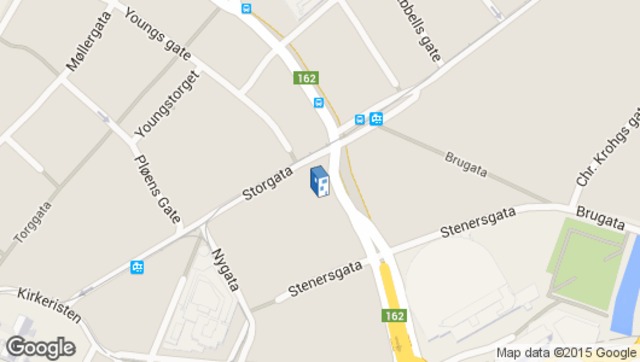