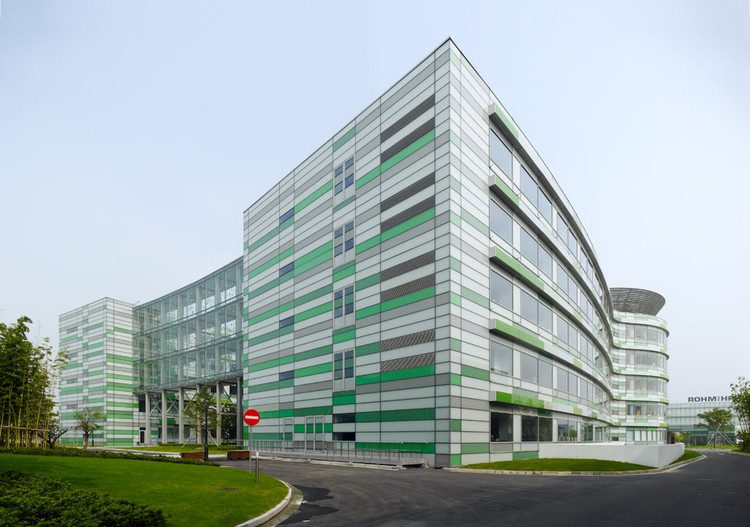 Text description provided by the architects. Henkel AG& Co. KGaA’sheadquartersfor Asia-Pacific & Chinawas completed in summer 2007. The building is located in Pudong, Shanghai’s booming economic center on the east bank of the Huangpu River. The new administration and research center stands in a new industrial zone. It’s basic form represents an asymmetrical curving U.

Design for the building was based on the concepts of “skin” and “mantle” and integration of nature with architecture. Environmental compatibility and sustainability were the key guiding principles. Traditional Chinese culture was also integrated into the design process. The magnolia, as the city flower of Shanghai, became the inspiration for various design decisions. In addition, a fengshui consultant was hired for this project. Application of traditional Chinese building orientations and configurations was analysed and implemented throughout the headquarters’ layout. Facing south, the U shape creates a focal point in the center. It becomes a green courtyard for offices and labs around. Idea of a focal point is particularly important in fengshui, as it is where the essence of a place is kept. Double glazing on the façade is coated with colored film in shades of light green and white. The colour draws inspiration from the blossoms of the magnolia. The same concept continuously appears through the courtyard, atrium lobby and staff canteen.

With five stories and a basement, the new building has a GFA of 23,000 square metres and approximately 500 work stations. The 5.5 metreconstruction grid and 2.75 metre façade grid providesthe greatest flexibility for office and laboratory layouts. The building is constructed with steel and an earthquake–proof concrete framework. The design uses traditional local building materials, including bamboo, granite and gravel embedded in mortar.

The main entrance of the building is located in the middle of the five-story atrium at the north. It also connects the two rotundas at each end. The building’s east & west wings can be access through the two rotundas. The east side rotunda and east wing serves as ultramodern laboratory areas, with a showroom on the ground floor; while the west side is used as office spaces which consist of a mixture of open areas, cubicles, and team offices. The three upper levels are also connected by sky walkways at the rear of the building, providing access between laboratory and office. On the south side, a separate two-story structure consists of staff training and seminar rooms, a lecture hall, and staff canteen providing supporting facilities for the headquarter.

The façade was built as a continuous, all-glass curtain wall with an elemental construction system in order to meet the western standards on construction of an energy-efficient building. By using heat-insulating glass and thermally decoupled window frames, transmission value of 1.86 W/m-K was achieved. Exterior sun protection, which is unusual in Chinese construction, was also applied. Energy consumption of the building thus was lowered by a total of forty percent in comparison with the regional average. 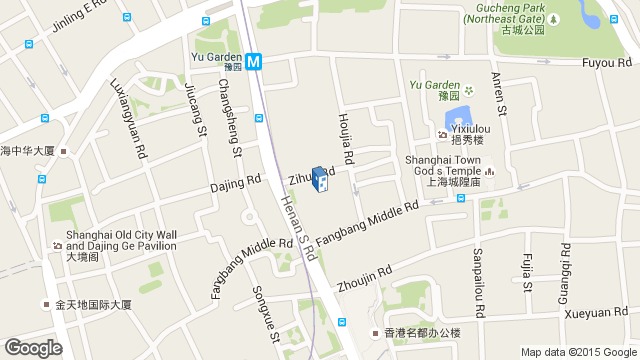