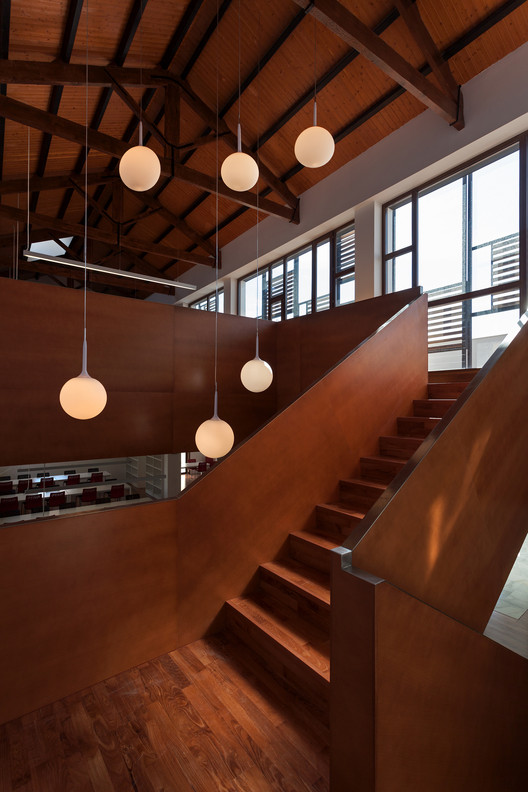 A dreary spring afternoon we had our first contact with the building as a result of our intention to introduce the competition held by the city of Orihuela. Our close relationship with the city staff had given us a visual experience that came down to see the outside of the whole state, we experience little presaged the impact that caused us to get into that space toward long-forgotten and we could barely discern from the many walks we had come for their facades. Penetrate the old wooden door lies a Hospital Street, and see in dim light the interior space access deteriorated, but not to evoke in our minds past episodes of unpleasant life experiences of its use as a charity hospital.

Our response was immediate and almost irrational, cross the first room and get to the cloister, or rather, the supposed central space should provide a serene light the old hospital units. However, once we pass beyond the arc separating the ambulatory under the single label of "home offices" on his forehead that read, and view the status of the cloister, merely confirmed our first feelings of abandonment. A huge cypress jalonaba the cloister of an almost impossible due to their difficult verticality; could not but think how far were those verses that Gerardo Diego wrote in 1924 about Cypress Silos Monastery.This initial unease was reinforced also by the large number of shrubs that had arisen spontaneously impossible walkers perceived power, or lack of pavement in large areas of ambulatory circumstances also invited us to restlessness, and why not say to the difficulty of the enterprise to undertake.

Even the fountain located at the intersection of Walkers could barely see clearly even though it was obviously poor stability by showing crash. In that position and staring at the ceiling of the ambulatory could see the cross vaults marked by arches that cover the facades and in the background the image of Our Lady of the Miraculous in a sort of altar dominating the stage. The vaults were apparently in an acceptable state of preservation, compared to the rest of the wall structure, although we should assume the existence of numerous fatigue cracks marking construction that loomed therefore poor material quality. Except for one corner that had sunk enough to crack the arches that endured. We could easily imagine serene and silent steps of Charity nuns who care for the sick walkers crossing flooded conceived as spaces for peace. It was almost a whisper and we understood that the cloister was the boundary between sound and silence, the border between the divine and the human, and as such an architectural element that we should strengthen our proposal. 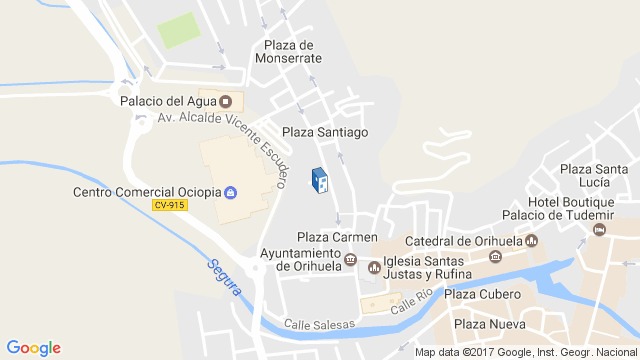