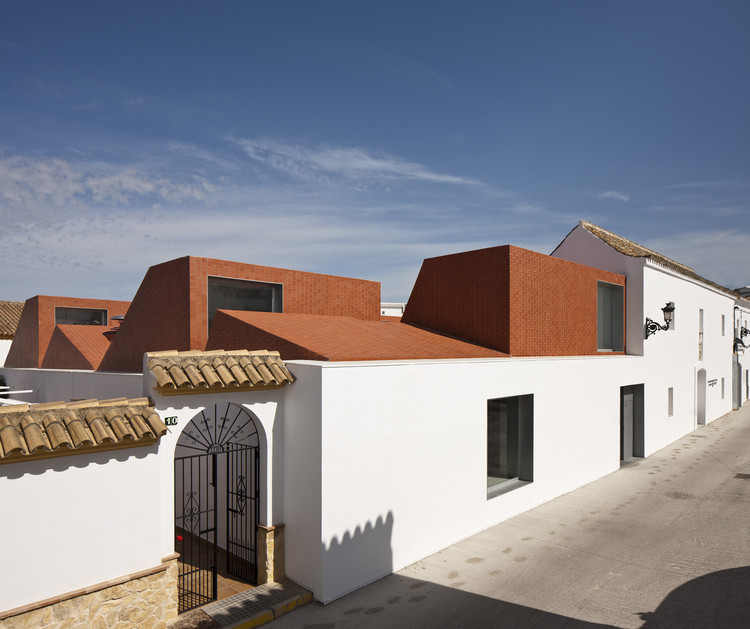 Text description provided by the architects. Medina is a historic town in the hills in Cadiz. Its houses are known for their whitewashed walls and their ceramic roofs. The project involves adapting an ancient slaughterhouse, built in the XIX century, into a Professional Cooking School.

The ancient slaughterhouse was composed of a small construction around a courtyard and a high white wall that limits the plot. If you are going to act in the historic city you must adapting, taking shelter, settling in its empty spaces. The density of the architecture of the ancient slaughterhouse, where brick walls, stones and Phoenician columns coexist, contrasts with the empty space inside the plot, limited by the wall.

The project proposes catching this space through a new ceramic roof that limits the new construction and consolidates the original building. If we observe Medina Sidonia from a distance, it seems to be a unique ceramic creation molded by the topography of Medina.

The Professional Cooking School uses this idea of the molded ceramic plane to draw its geometry. This roof lends unity to the built complex and interprets the traditional construction of the place, ceramic roofs and whitewashed walls. Some little courtyards are inserted, working as ventilation shaft, and are cultivated with different culinary plants which are used by the students to cook.

At the original building, ancient floors were replaced by slabs of concrete with wooden formwork that recognize traditional building forms, walls are covered with white and rough lime mortar which seeks material memory of its industrial past, and the existing Phoenician columns, displaced from the disappeared Temple of Hercules, have been consolidated. All of those materials, even the time, built this place. 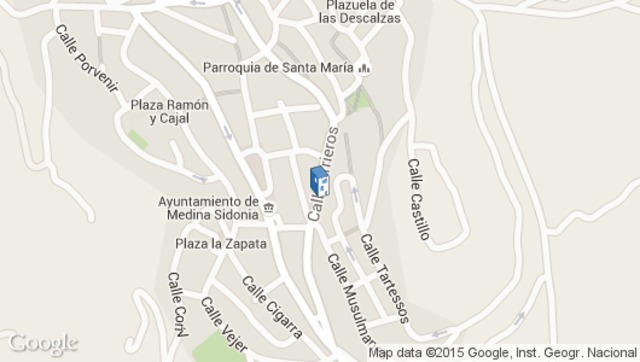 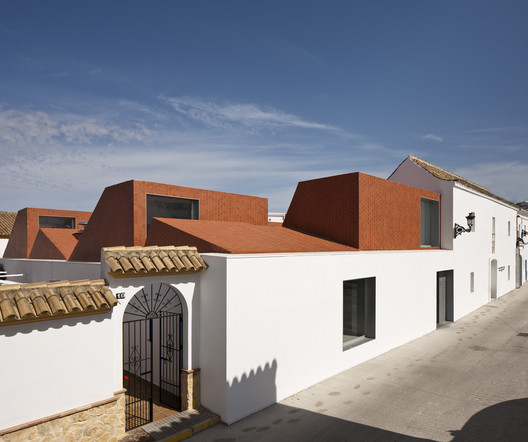