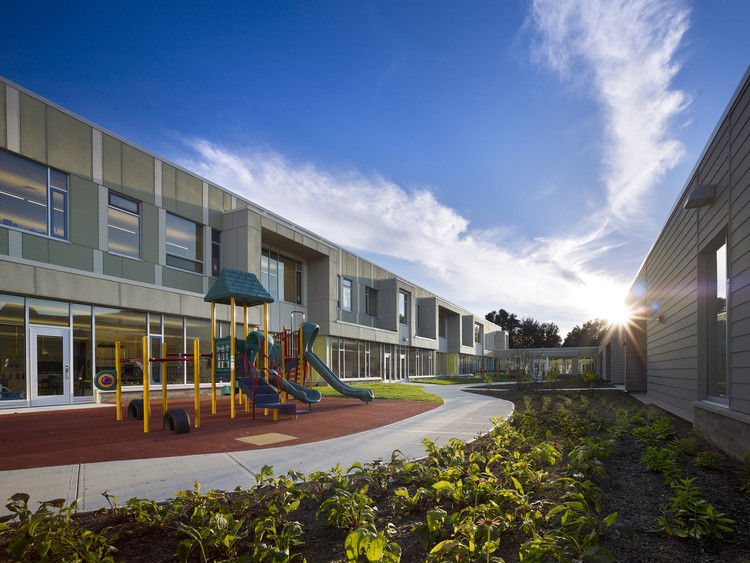 Text description provided by the architects. History: After a devastating fire destroyed most of Memorial Elementary School’s original building, DIGroupArchitecture was commissioned to design a brand new facility for 650 students in grades Pre-K through 5. Collaboration with the district and consideration for the school’s history were paramount, resulting in a state-of-the-art learning facility and a welcoming public event space for the community. The success of this project is a result of two major factors: a 20-year relationship with the client and the maturing of DIGroupArchitecture’s in-house graphics and interiors departments. It is a reflection of the firm’s attention to detail at all scales, from site design to signage and wayfinding.

Site Design: The building is set back, creating a transition space from the densely populated residential streets to the main entrance. Separate bus and parent drop-off driveways ease congestion for vehicular access while pedestrians follow alongside the “Memorial Walk,” a ceremonial path dedicated to all members of the armed services. The walkway includes five seating areas, each highlighted by a concrete star in the pavement and a bronze plaque. The plaques were envisioned by DIGroupArchitecture early in the design process and suggested as a portion of the school’s budget. 42 months later during the final stages of construction, the in-house graphics team executed the final design.

Building Design: The form of the 79,000 sf building and its characteristic pitched roofs was highly influenced by surrounding residences. Organizationally, the building is designed as two separate buildings connected on either end by glass corridors. The resulting courtyard between the buildings is fully secure and directly accessible by the Pre-K classrooms. All classrooms are designed in a four-room cluster with recessed entrances that visually connect both sides of the corridor through the use of windows, sidelights, and accent colors in the VCT flooring. The entire building is flooded with natural light while circulation spaces are designed to connect students to the exterior environment.

Security: The site is designed to provide limited vehicular access during school hours yet still allow unimpeded pedestrian access to the public on weekends and holidays. Clear visibility and transparency are balanced with full coverage CCTV throughout the school. A key element of the collaborative design process involved the effective use of the cafetorium as a lock down space. By pulling the originally proposed solid exterior wall away from the building’s envelope and replacing it with a glass one, the space allows for visual protection from the outside, without sacrificing daylight and exterior connections on the inside. The additional by-product of the collaboration is a covered courtyard for students to play outside despite inclement weather. 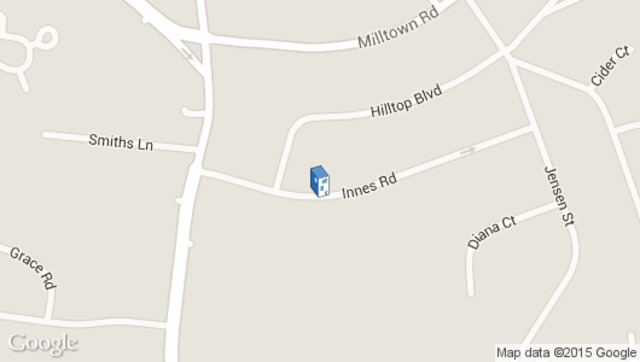 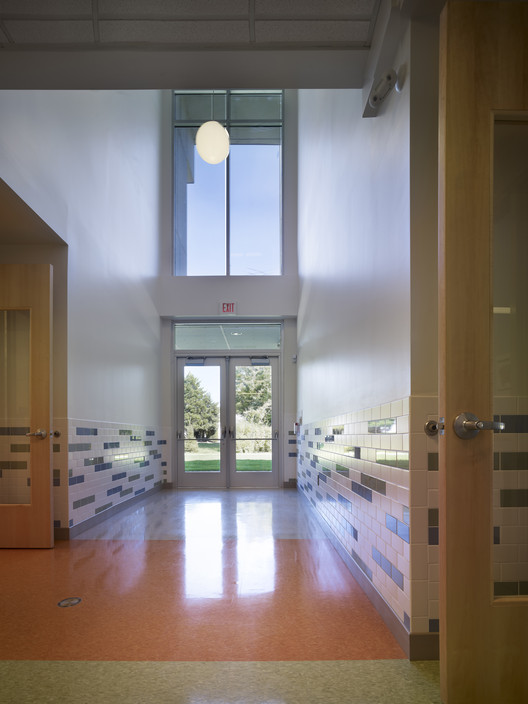