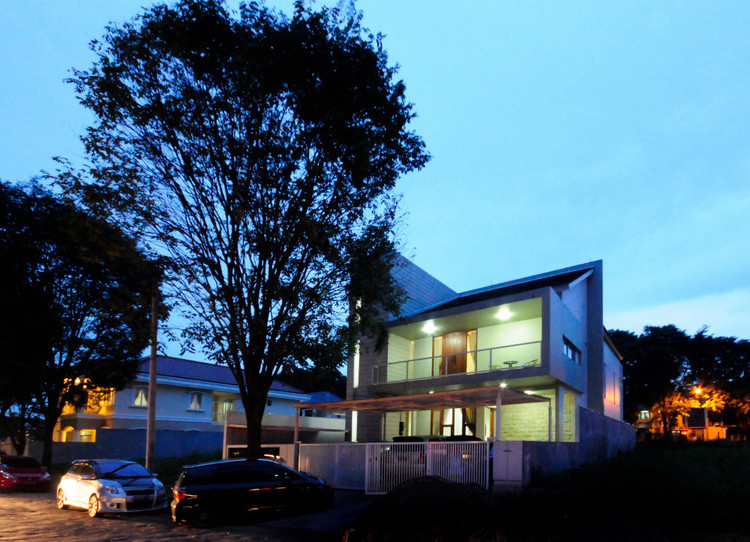 Text description provided by the architects. This dormitory house at Taman Permata Millenium, Lippo Karawaci, situated on a 375 sqm land in a currently urbanized area, is one of the many others with similar typology dotting the area to provide rentable one-person residential spaces. What separates this one from the other is what its spatial design offers to the inhabitants.

The facades give the building an echo of contemporary architectural forms, a "minimalistic style" if you like, with boxy masses balanced into a smaller, vertical and more introverted one, with a larger, horizontal and more extroverted one. Despite the careful planning of the exterior, the main feature lies in its interior spatial planning.

Viewed simply as temporary nesting space for students and working singles, the building typology usually bears keywords such as efficiency, economicaly built, low operational cost, giving it somewhat the industrial spirit lacking humane aspects, delivering common images of dim-lit corridors, minimum living space, and mechanized ventilation. Not with this one. Still bearing efficiency and economy to its realisation, the design aims to reject such typical gloomy myth by delivering reasonably measured inner spaces, natural light and ventilation as much as possible.

Density requirement and the constraint of the given land parcel demands the dormitory to be a multi-storey building, while efficiency directs the floor plans to have linear outline fitted with double-loaded central corridor with vertical circulation at both ends. Breaking away from usual attitude of wall-to-wall building, the architect pulled the sides away from the site edges, providing enough gaps for natural light and vetilation to nearly every units. A central linear skylight provides lighting for central corridors, while the corridors themselves are graciously spaced with 2.5 m spatial width. To allow natural light penetration into lower corridor, the upper one was designed with 1x3.5 m of floor openings, regularly distanced at the eastern part with glass blocks serves as bridging where functional access requires floor surface to exist.

At both ends of central corridors are common functions such as dining/sitting rooms, pantry, storages, laundry, and guest reception, with the front part equiped with outdoor terrace on the upper floor, giving an expression of lightness and simplicity to the front facade.

The central skylight, a sheet of heat-filtering translucent material placed along the roof ridge, requires no ceiling above the upper corridor, delivering a lofty space. Series of openings along the skylight allows the warmer interior air to climb and escape, creating updraft air movement as generator of natural air circulation, allowing AC units to be limited in the dormitory units only. Both natural lighting & air ventilation/circulation arguably contribute to the lower operation cost of this dormitory building. 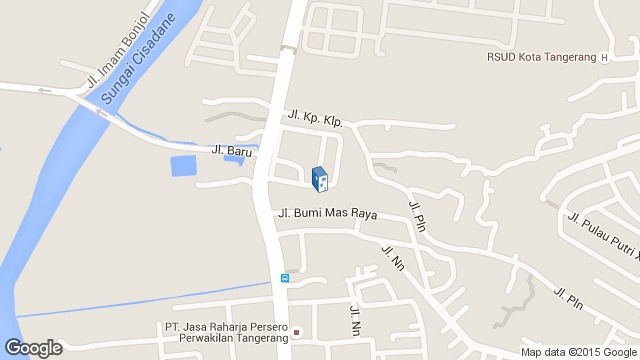 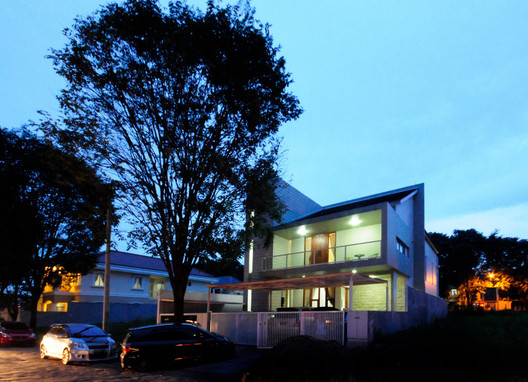