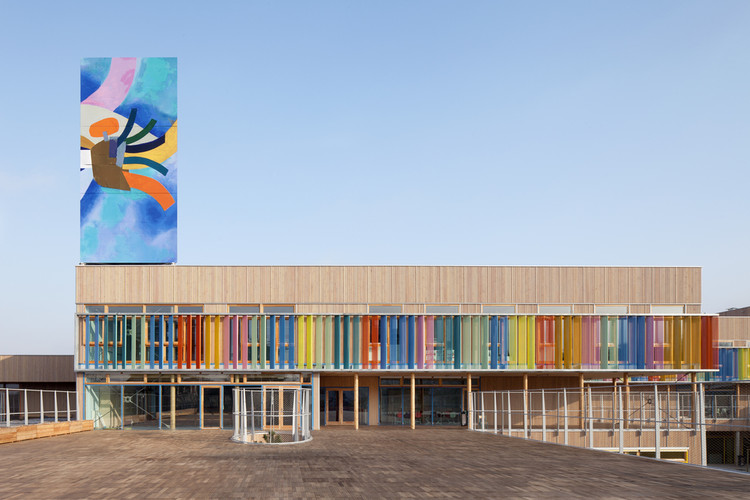 Text description provided by the architects. The building is located in Limeil-Brevannes, near Paris. It consists of three preschools and of two elementary schools. As the method of commissioning was used so called “conception-construction” system, where the competition teams propose both all plans and the construction on fixed price. Beside schools, an apartment building of social housing of 46 flats was included to the competition program. Time for the competition was one month. The decision for the winner was made in April 2011 and the inauguration of the building was held 18 months later. The construction of the apartment building starts in next April.

The mayor of the city is politically left and committed with sustainable issues. He wanted to have wooden schools and it was for him the main criteria, with urban issues when making the choice.

As architects, we saw two issues in the work:
1. The new building would have crucial meaning in redefining the future urban space of the city centre. The town hall is facing the building in north and beside it will be the “mediatheque”. The southern side will be connected to a square formed by new apartment buildings. The difference in latitude from north to south is 4 meters. By its western side, the site connected to private house fabric. Nowadays, the area is scattered and we wanted to achieve precisely formed urban spaces. The area had the urban plan, but our proposal was very different from it.

2. As a school building, it is one of the biggest in France, around 1000 pupils. We wanted to create for every school its own identity and its own community in the big overall frame. Each school is grouped around its own courtyard. The schools are principally very traditional following classroom structure. They have a common restaurant and library, but the will was that every school ought to be its own empire. Our goal was to connect inner and outer spaces seamlessly. Because the way of construction ( Lingnotrend ), the planning principal is rationalistic. 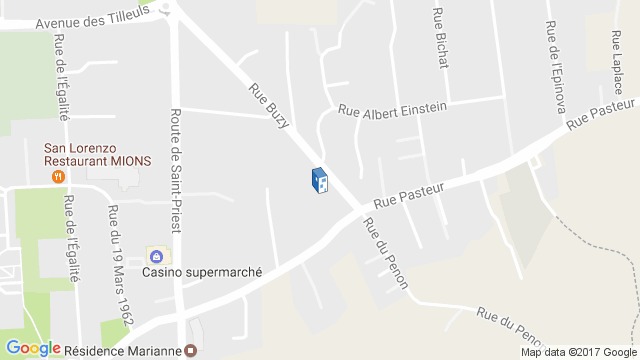 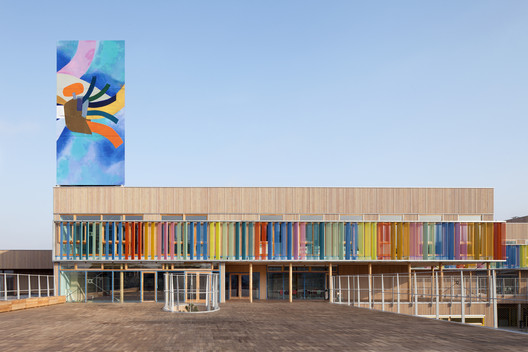