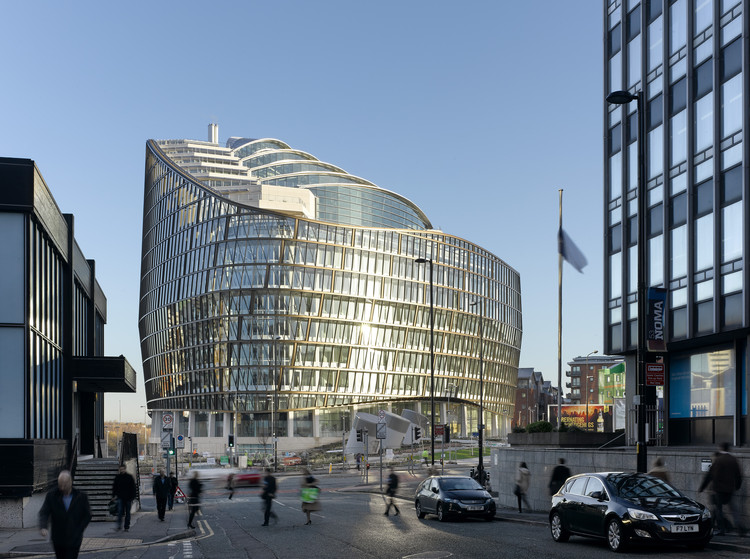 1 Angel Square has been designed to deliver a 50% reduction in energy consumption compared to The Co-operative’s current Manchester complex and an 80% reduction in carbon. This will lead to a reduction in operating costs of up to 30%.

Ground breaking engineering features include a double-skinned façade to minimise heating and cooling throughout the year and underground concrete earth tubes that provide an amount of free heating and cooling for the incoming fresh air. The thermal mass of concrete is employed again within the building by exposing 300,000sq ft of concrete that forms the ceilings to the office floors.  The concrete acts as a thermal sponge, passively soaking up heat and reducing the amount of energy needed to cool the building.  Waste air is finally extracted over the balcony edge using the natural stack effect of the atrium thus negating the need for large space-hungry extract risers within the cores.   Before being expelled at the highest point of the roof, the air passes through a heat-exchanger that recyles the heat to warm the incoming air in to the offices below.

3DReid incorporated a recycling system for used water and a rainwater harvesting system to guarantee low water consumption.The Co-operative’s local sourcing and sustainability principles are put into practice in using rape seed from British Co-operative farms to produce the fuel for the building’s CHP power plant.  The remaining husks of the crop will be recycled into animal feed. Excess energy can be supplied back to the grid and utilised by the wider NOMA development, with waste energy being sent through an absorption chiller, used to cool the building.

The designers have addressed the issue of global warming and future-proofed the building against predicted weather data for 2050. So the building can cope with a potential 3-5 degree increase in summer temperature and 30% more rainfall in winter.  The building’s fabric and environmental systems have been designed to become more efficient as average annual temperatures rise.

Other areas of innovation are the implementation of electrical pool car charging points, fed from the low carbon CHP and the development of a building user ‘App’ which relays real time user information on how the building is performing. 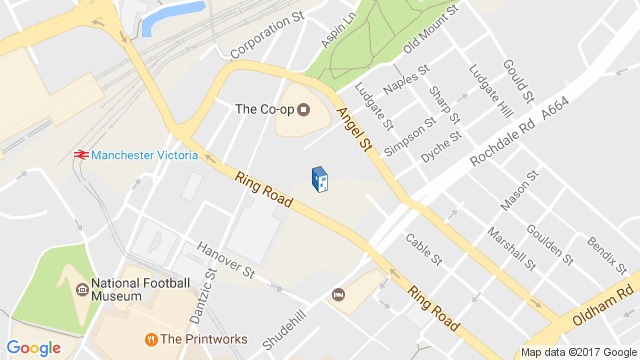