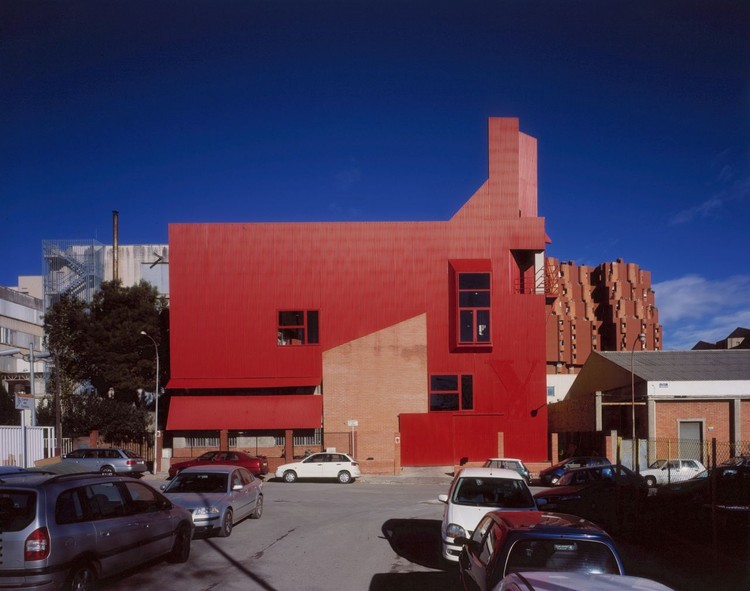 Text description provided by the architects. The Yute’s project is an extension of an existing textile warehouse, in an industrial zone close to Barcelona called Sant Just. This is the only building with colour in an area with a subdued tone, mostly dominated by concrete. The project aimed to provide colour to give character to this place, where people come to work every day.

The former building included an office, packaging and storage area. The need of the clients was to enlarge the storage capacity, with the greatest possible respect for the existing part, reusing the maximum number of elements like doors, fences, windows... not only for economical reasons but also for a desire to keep any element that could still be useful. Therefore there were some parts that were removed during construction and relocated to the building afterwards: this was the case of the deliveries door at the main facade and some of the windows at the office area. The final warehouse triples its initial storage capacity, while the offices and packaging area have remained the same but have substantially varied in its distribution.

The construction combines different techniques, chosen by its quickness of montage: for the main structure prefabricated concrete pillars, beams and floor slabs were used, while for the enclosure of the new level we choose a much lighter material, coloured corrugated steel panels. The project extends the spread of the existing building above, and wraps it in metal skins of colour which refer to the drapes of coloured fabric that they make and sell in the company. The lightness, the size and the mounting process of the steel corrugated panels is reminiscent with the long textile pieces that are kept and packed inside the building. It has the ease of envelope like a piece of fabric, it is flexible to use, there are several different colours that one could choose, and it is something prefabricated as well: it has its roots in industry. There is also the relation with the textile pieces in the fact that both need a structure of support, that they could rise like an end of a skirt (the canopies in the front façade), it could turn and show the seams (the west façade were the clients enter)… leaving some edges open to see all the layers of the different movements of the structure and the history of the building.

The enormous dimension of the façade refers to the whole site, to that landscape that was already there: a series of enormous buildings, all hiding big volumes of air in its interiors. This big façade tries to add itself to this kind of topography, but its image of unfinished, of fragmentation is what expresses better the intention of summing-up the several phases of this building. The building is left opened, making visible the several units that conform its construction: initial ceramic walls, concrete prefabricated structure, metallic structure, corrugated steel closure… The final dressing is open, more similar to the logic of a costume than to a box. 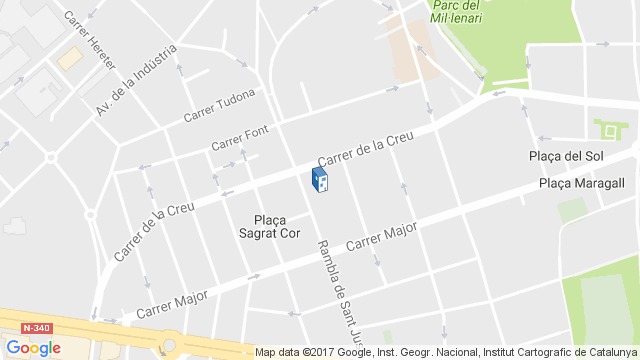