Text description provided by the architects. This project is part of a series of works where we tried to look into a massiveness which liberated space and turned what isn't done into the main focus. The whole building is articulated by this blank space in the shape of patios, subtractions or voids. Daylight is distributed through indirect and singular openings. Structure is resolved through big superficial components in the form of enclosure. This bearing mass accumulation gives some freedom on facade to arrange shades and transparencies of a singular plastic value. Concrete, in different tones, makes possible that wished continuity on which to open significant voids.

The whole proposal for the extension of Pago de Carraovejas sought to keep the old premises where the winery was born and envelop them with the new constructions. Its hillside location allows a gravity—flow winery. Grapes are received at the upper floor, fermentation takes place at the intermediate level and both aging and shipment are located at the lower one. Thus, premises for wine aging, in white concrete, are buried in the slope, while the representative ones, in grape colour concrete, spring up to catch the stunning landscape dominated by Peñafiel Castle, just in the middle of winerys vineyards.

Visitors and administration buildings constitute the external image of the winery They use the topography of the site to articulate a set of outdoor spaces at different levels. This way its possible to differentiate accesses according to production necessities. Wide terraces and cantilevers placed between two parallel planes, which form the facades, give shade to the glass enclosure. Views are lead and frame from these viewing decks, showing a surrounding landscape delimited by architecture.

A homogeneous finishing, concrete coloured in red-wine, unifies different uses and gives some warmth both inside and outside. A Bayer pigment was added to a prescribed concrete mix at a rate of 2%, a percentage given by the manufacturer after some research. Mixing water was purified by osmosis in order to avoid efflorescences. Another important detail was using concrete dobies coloured in the same tone so no marks were left after removing formworks. 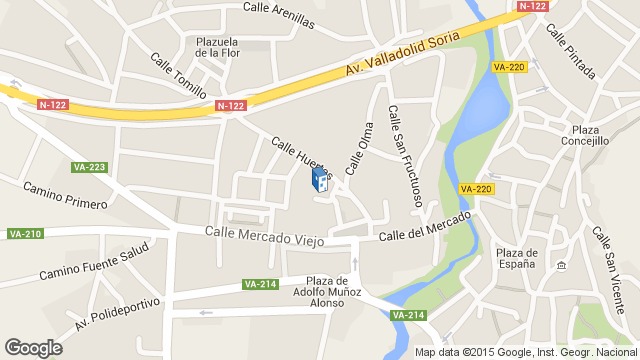