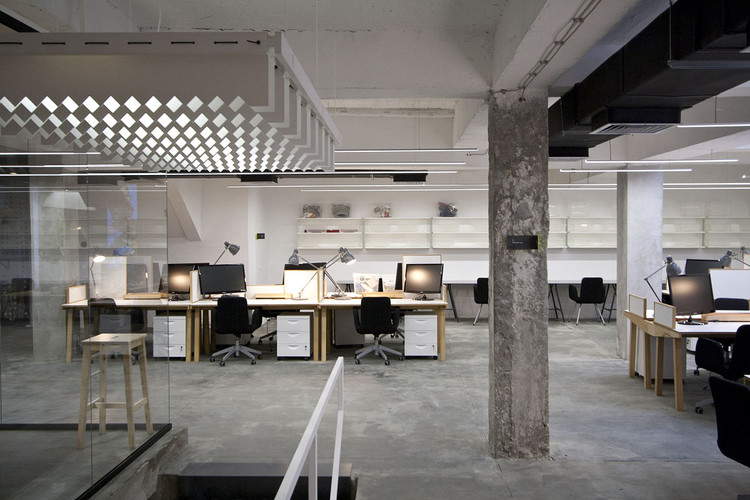 Text description provided by the architects. The first design incubator in the region of SEE is now open. NOVA ISKRA, co-working space dedicated to the professionalization of designers in Serbia and the region, as well as to establishing connections between the sectors of creative industries and manufacturing, opened its doors in Belgrade this December.

The multi-functional workspace is being established with the idea to support young creatives form the fields of design, architecture, interior design, visual communications and other related fields. Professionals from the spheres of design or architecture will have a chance to use the spatial and technical resources of NI for their individual work, as well as to take part in the numerous projects and programs which are being developed in partnership with some of the leading local and international companies, schools, institutions and experts.

The platform has been more than two years in the making, while the biggest task was the reconstruction and furnishing of the physical space in which the concept is now brought to life. A rundown office space of 350 sqm in the Gavrila Principa Street in downtown Belgrade has been fully reconstructed, based on the project of the Belgrade-based architecture studio Petokraka.

The interior makeover balances between intact, rough treatment of the pillars and walls, and custom elements specially designed for the space, all with the aim of serving the functionality of the concept. The visual presence of the project is enhanced by graphic design and identity developed by Metaklinika studio. (www.metaklinika.com)

18 workstations for designers - "Iskra" tables designed by studio Antipod and manufactured by the Serbian factory Simpo-Šik - are already demonstrating the potential of connecting the local designers and companies. The same studio has also designed the conference room table, while the entrance area features their "Tripod" tables alongside refurbished office chairs from the '70s.

Beside the wide, modular table surfaces, all of the users of the workspace will have at their disposal a lamp, computer screen and personal cupboard. Modeling and conference rooms, kitchen, office services and an in-house design library are just some of the features of the space which is dedicated to it users. The management's office will be the breeding ground for new projects which will involve various Nova Iskra members.

Studio Petokraka also found the time to leave their specific mark in the space. The sturdy worktable "Denver" is dominating the glass cube workshop area in the center of the space, watched over by the "Kit Carson" lamp, both custom-designed for Nova Iskra. Their modular light surface "Park" hangs over the stairs which lead into the spacious shared workspace, showcasing a beautiful play of light and form.

In a similar way, three of the "Bonbon" lamps by Ana Kraš are adding up to the diverse selection of supreme Serbian furniture designs present in this space. The walls will also serve as in in-house gallery, presenting works from the wide network of affiliated artists. Communal workspace of NOVA ISKRA also offers the possibility of facilitating educational programs for up to 50 seated participants.

All details about the members, programs and activities of the NOVA ISKRA design incubator can be found at www.novaiskra.com. 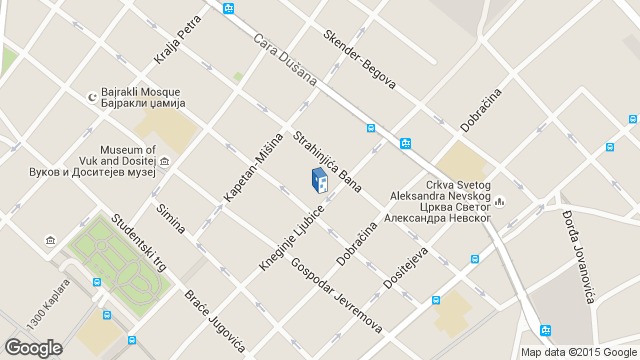 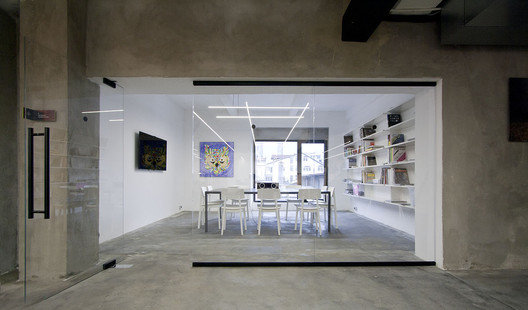 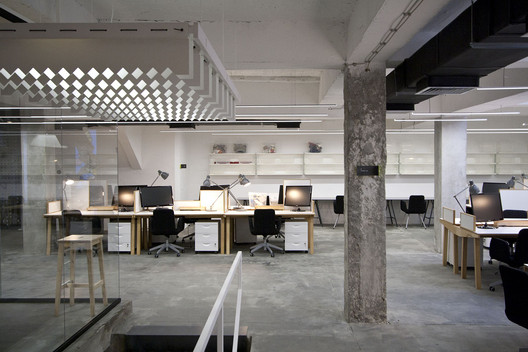