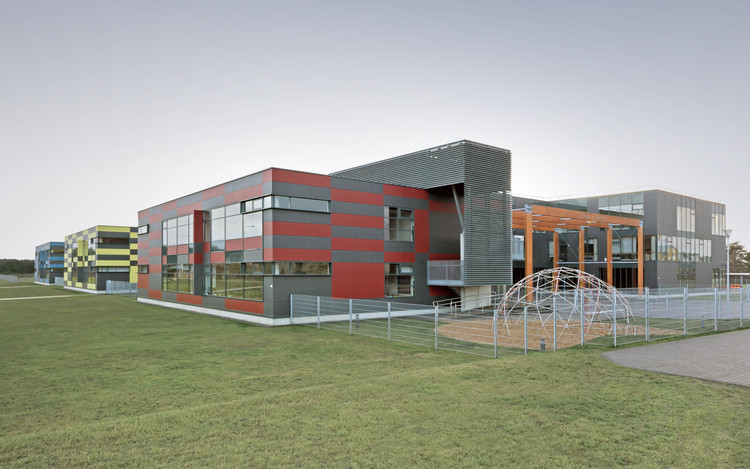 Text description provided by the architects. This primary school designed for 828 pupils is the first modern school that was built from scratch in Vilnius in the 20 years since Lithuania's independence. As the surrounding urban fabric has no cohesive urban concept, the new school was intended to give the area an unequivocal focal point. It is also intended to serve a broader function for the wider community after school hours and over weekends.

The building structure is like a chequer-board arrangements of simple, two and three-storey rectangular volumes and patios. The classrooms are located in the eastern part of the complex. Each two storey volume is ,inhabitated' by children of a particular age, and each age group has its own enclosed courtyard. Two- and three-storey volumes on the western side contain rooms for administration and public use: laboratories, workshops, art studios, a sports hall, and a multipurposed hall, used daily as a refectory and easily transformed into a space for cultural events and meetings. The main entrance, accentuated by a sequence of timber portal frames, leads to the lobby, suffused with light coming through a glazed roof. At the opposite end of the central part of the school is a library with reading room, which is also open to the generic public.

The idea of exterior design was to reduce the scale and tie the complex into the extensive site. Each volume has different articulation of coloured panels – blue-grey, yellow-grey, red-grey – that echoes the „positive versus negative“ concept and simultaneously gives each structure its own identity. The light-hearted play of colours brightens the elevations and prevents what might otherwise have been rather sombre project.

Circular concrete columns, set back from the facades, support the weight of the floor slabs and free the elevations from their load-bearing function. The crisp, clipped edges and the positioning of the glazing flush with the facade abstracts the orthogonal volumes. It contrast to the chequered colour combination of three volumes to the east, the west-facing building adjacent to the sports fields have been articulated in a single shade of monochrome, gunmetal grey that offset the use of primary colours elsewhere. Overall, the clear, concise volumes create o modern, sleek architectural vocabulary.

The design of school interior is based on lithuanian ethno motives. Every color that was used in school has different mythological meanings. The ancient symbols are used everywhere in the school. The predominant dark grey colour, sharp lines, bare concrete, steel and glass in common spaces has the feel of order and reason. Blocks of red, yellow and blue in the flooring, walls and furniture inject a touch of liveliness. Colourful floorings of corridors and recreation areas are connected with pattern on the exterior. Predominant color in every two-storey class volume helps pupils to orientate.

The interior finishing concept is to expose and exploit maximum content of natural high quality concrete surfaces and also fragmentaly artificial-ecological materials. The walls of recreation areas are colored clay blocks with their natural texture. Finishing of sports halls is based larch wood and ecological wood-cement acoustical tiles surfaces. Colourful PVC flooring used for classes, cabinets and corridors. Architects also created original marking system for visual information. All furniture (desks, chairs, lockers) is designed for this project individually and can be used for other schools. 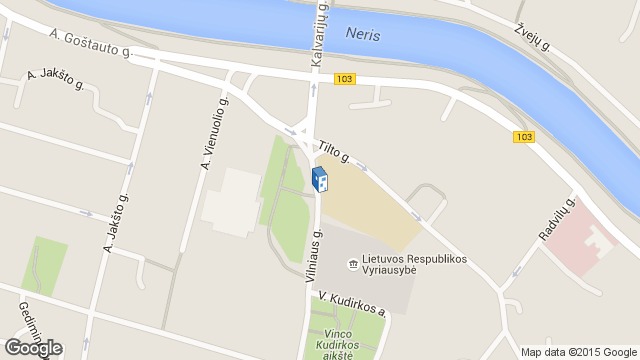