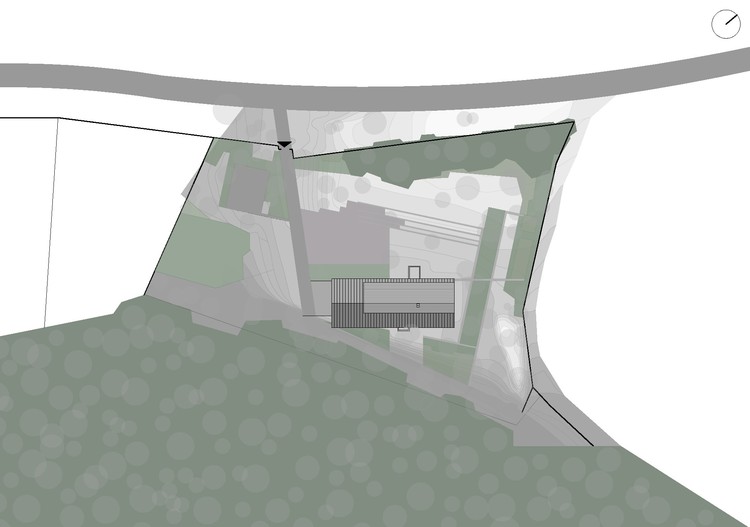 Not far from Budapest, on the fringes of a forest, there stands Tamás Dévényi’s shingle covered new house. The disarmingly simple building creates generous spatial relations on the 1,5 hectare land. The proximity of the bustling city life doesn’t mean that we can not relish the convenience of nature and the separation of a farmhouse. Borrowing its form and use of materials from the Central-European peasant architecture, the building’s modular structure follows contemporary design thinking.

Central-European Archetype The requirements for a country house have changed a lot during the past hundred years, but using the old Hungarian peasant house’s archetype was a good starting point for the design in a situation where the strict, local Building Regulations ties the architects’ freedom. The traditional use of materials, the pitched roof and the 50 meters distance from the road were such musts that made the architect rethink traditions. The result is a reinterpretation of the area’s old peasant longhouse.

The modular system The ground plan is created by using a modular system made of a 12 square meter units. This is the size defined by the family itself as an ideal room size, thus this unit is repeated in two rows next to each other following a very clear logic: on one side there are the unit sized rooms and on the other side there is a hallway running through the whole house nipping off space from the units’ width on the right side of the longitudinal axis and creates smaller rooms for the bathrooms and the storage units. Still fitting into the logical grid, two asymmetrical elements help to lift the system’s rigidity: one of the living room’s four modules opens up towards the attic adding the third dimension to the space, and two modules are pulled out in both sides of the house to form the terraces in a slid way in order to avoid a strong lateral axis.

Intermediate spaces The pitched roof follows the peasant architecture’s symmetrical, 41 degrees form, and its ridge is defined by the hallway’s left wall, which is independent from the modular system. Thus the ridge’s line is pulled away from the house’s longitudinal axis and generates a column-less porch on the forest-facing side with its large eaves. On the front side, with the visible wooden structure, the elongated part of the roof defines a multifunctional space: it serves as a daily car park but it becomes a huge roofed terrace during the large feasts.

Playful use of materials The use of materials is also rooted back to the traditions but the placing of the wooden and the metal covers go after the house’s own principles. Above the heated apartment, the roof has got shingle cover, while the eaves and the roofed terrace have metal sheet covers. Unified with the roof, the walls got shingles too but the metal sheeted northeast façade and the striped metal rolling shutters give variety to the house’s overall image.

Connection to the garden and to the forest Standing between two areas with different kinds of characters – a shrubbery and a steep forest slope – the house acts like a filter: it divides them from each other but at the same time it connects them and lets their impressions inside with its visual and direct connections.