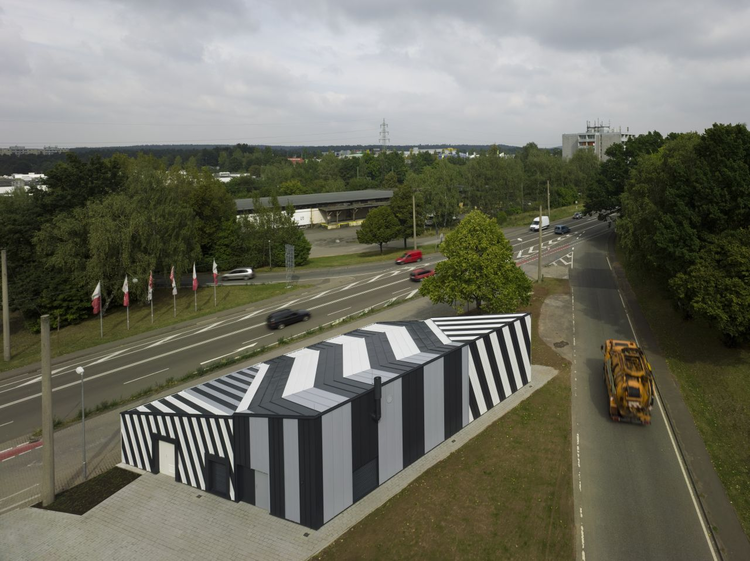 Text description provided by the architects. Early last year the Technische Werke Kaiserslautern started work on the new lay-out for the water distribution network in order to hook up the US-housing area of Team Vogelweh. One of the two new distribution nodes was going to end up at the western city entrance, at the Vogelweh road intersection. The required volume was determined by the technical installations, storage and back-up systems. As it turned out, this volume was fairly substantial, almost too large for the limited space available on the Vogelweh-Kleeblatt. The City of Kaiserslautern and the TWK were well aware that a building, on this prominent location, the very city entrance and the doorstep of the world renowned Team Vogelweh, was going to receive a lot of attention. Therefore the TWK insisted that the project should not look like a bulky, singular unit. If possible, the building should underplay its size; perhaps look like an ensemble of small buildings. Furthermore, the building should do justice to the location and it should be visually present in a relevant, meaningful and interesting way. Naturally the costs should be kept as low as would be realistically possible. These conflicting parameters determined the architectural project-brief.

The first clue to a design approach turned out to be the site itself: the building was to be located at a Kleeblatt, a cloverleaf, a road intersection without left turns. That is to say, the building will mostly be seen from moving cars, from a moving point of view. But there was more to the site than immediately meets the eye. Apart from being right next to the US housing area, the other side of the intersection is occupied by the Opel car factory. The American Army and Air Force have been a continuous presence in Kaiserslautern since 1945, and the Opel factory since 1966. Together they provide employment for a large part of the population of the city, and thus, by extension, two determining factors of Kaiserslautern are present at the site. The central idea was to make the building a sculpture to mark the entrance to Kaiserslautern. As a sculpture the building would be able to underplay its true size and purpose. If one seriously intends to hide a building, one is well advised to look at camouflage techniques.

In 1909 the famous American naturalist and painter Abbott Handerson Thayer published, together with his son, a book called “Concealing Coloration in the Animal Kingdom”. It was the first scientific inventory of camouflage in nature and an instant bestseller. Since then the military (for obvious reasons) and artists share a keen interest in camouflage, and have been learning from nature and each other. From the early Futurists and Rationalists right up until the present day, architects and artists have applied camouflage patterns. One particular technique of camouflage has always received attention. It goes back to the First World War, to the time before the invention of radar, when range finding and aiming were still done completely visually. In its most extreme forms this type of camouflage was used at sea where it is impossible to hide (for ships, not submarines obviously). It was the next best thing to being invisible. This technique intended to hide the vector of a ship, its exact speed and direction, by breaking up silhouette and form through the use of high contrast colors and patterns. In short, it was camouflage intended for moving objects. This type of camouflage has since become known as dazzle-paint.

As a matter of fact, the car industry has also adopted this technique. It is used when road-testing new car models. Indeed Opel partly produces their road test prototypes in the Kaiserslautern plant. In order not to immediately give away the latest design developments to the competition, the prototypes are carefully camouflaged. In Germany a whole culture of car magazines has developed around this phenomenon. The magazines put a tremendous amount of effort into being the first to present pictures of the latest sighting. These prototype cars are called Erlkings, in German “Erlkönige”, a strange name with an interesting background. Originally the Erlking was a mythical sprite from an ancient Nordic fable, around which Goethe composed a rather chilling poem. This poem tells us that the Erlking is force of evil, preying on our newly-borne and children. Somehow, in a strange inversion of meaning, the word Erlkönig nowadays has evolved to indicate something precious that must be protected from preying eyes and theft, and therefore should be hidden from sight. Erlkönige, the prototype test cars, sport high contrasts stripes and shapes in order to hide in plain sight: the essence of camouflage. It seemed somehow fitting to apply these dazzle-paint patterns to an unmovable object in a vortex of moving spectators, hiding shape and size but drawing attention to its presence, which in a public space can be considered an additional form of security.

Over the last decades ambitious cities all over the world have used architecture and art as instruments for marketing and branding, sometimes successfully, at other times less so. The creation of identity and meaning through architecture is always difficult. It rarely rings true. If a project does not become a part of the local culture, a part of everyday life, then even the best marketing and branding campaign will simply fail. One might think then that the best strategy is to not loudly state that something is art or architecture. As the French artist Jean Dubuffet said (somewhat freely translated): “art does not sleep in beds especially made for it. It would rather disappear then be put on display: what it does like is to be incognito, its best moments occur when art forgets what it is about.” But funny enough this very artist produced intriguing, playful black and white sculptures, sometimes the size of this building, sometimes even bigger, but always loud, very much visually present. As always in life, it is better to act, to initiate something new than not to act. For this you do not need state-of-the-art expensive building techniques or exclusive materials. With an off-the-shelf industrial product, a few good craftsmen and a bit of creativity it is possible to create a building that hopefully communicates fun and vitality but also represents, in a meaningful way, its surroundings and context.

One of the big cultural debates in contemporary Germany (which of course also includes architecture) revolves around the notion of authenticity. This is not surprising: in Germany approximately 50 percent of all buildings had to be rebuilt after WWII. In the big cities this percentage was considerably higher. In the immediate post-war period an incredible amount of buildings were erected in a very short time, most of them built cheaply and in a boring, repetitive modernist style (not withstanding beautiful exceptions of course). All in all this has resulted in a latent aversion for anything looking modern, or even different. Surely, it is to be expected that a lively debate will develop around this project. It will have champions and opponents. But if this happens, this building will find in a very natural way its place and acceptance in the life of the people living in Kaiserslautern and hopefully it will remind them of the things that make up this city. As a landmark it will then develop its own authenticity and it also will come to reflect and represent the tight knit bond between the City of Kaiserslautern and its US-partners. 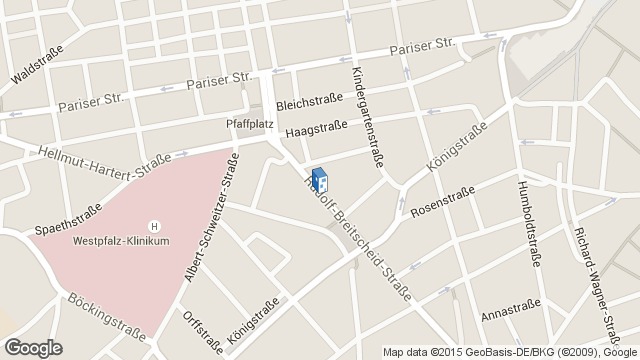 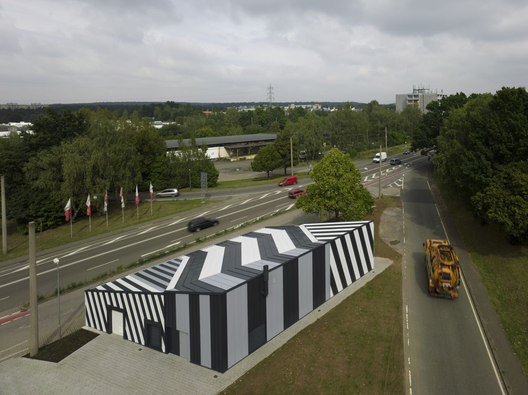