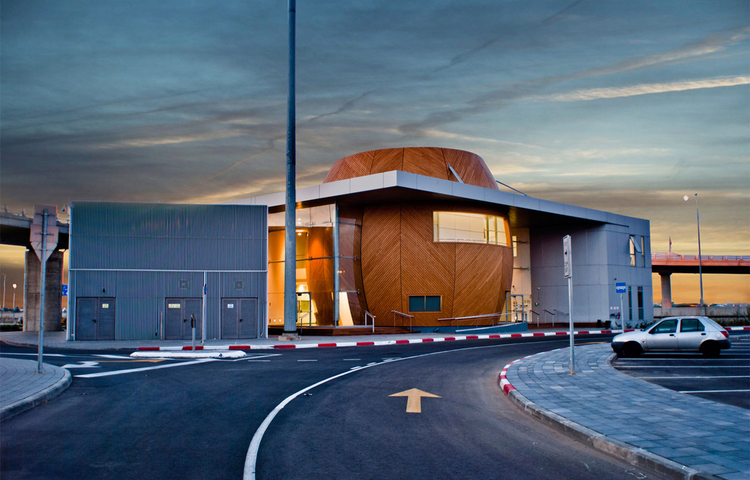 Text description provided by the architects. A Control and Coordination Center for the Fastlane Entrance to Tel-Aviv and its adjoining "Park and Ride" Parking Facility. The eye-like site is at the entrance to the city of Tel-Aviv in between the two lanes of Highway 1 which cuts through the center of Israel. The plan includes 2000 parking places allowing for a quick pick up by a shuttle destined to Tel-Aviv, a future train station (part of which has been built as a refreshment facility), future gas station, and the noted Control and Coordination Center at its Western tip.

As a building whose main theme is the coordination of "traffic", the building's geometry reacts to the traffic systems adjacent to it in each of its three defining bodies:

1.- A recti-linear body mainly hosting offices runs parallel to the train tracks and highway to its north. From it extends a cap-like roof whose shape in plan runs along the irregular geometry of the site. The entire body including the interior ceiling is clad in a grid of aluminum strips, with windows in staggering placement.

2.- A white bow-like structure which hosts a storage and maintenance center, takes its shape from the neighboring radial entrance ramp to the Park and Ride facility. The bow is clad in vertical aluminum profiles following the extended shape of the bow.

3.- Within the wooden egg-like body is a customer reception hall and operator center, on its second floor is the control room with a wall of screens dissecting the "Fastlane" into numerous live-footage frames. The egg is placed strategically so as to look-out almost as a control tower upon the entire parking facility which extends from it. Since it sits between the two other bodies and continuing the radiality of the bow, its circular plan allows for free-flowing movement between the three.

Finally the three bodies are linked by a glass atrium capped by the mentioned ceiling through which cuts a skylight highlighting the curve of the egg. 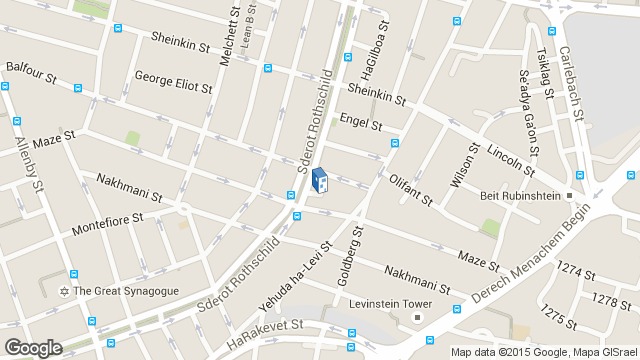