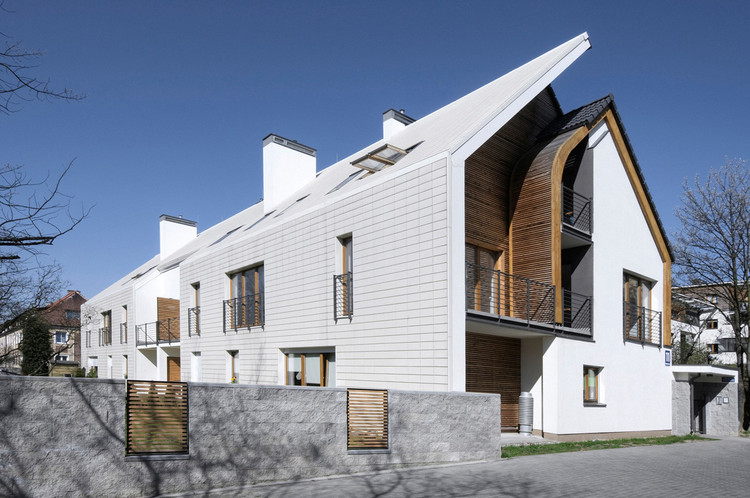 Villa Moniuszki is an intimate complex composed of two residential buildings. Both edifices belong to blocks of residential Wrzeszcz - one of the most exposed districts of Gdańsk - taking advantage of all directions on the compass and proximity of the adjacent buildings.

The town center can be easily reached, and the proximity of public transport as well as large recreational areas nearby make this localization exceptional and prestigious.

The lot is a rectangle with two sides running along Moniuszki and Wojska Polskiego Streets and two other sides adjoining other lots with existing residential buildings on them. The proximity of this neighbourhood was a fundamental limitation to the designers who worked on the design. The main aim of the design was to create the building in such a way that it will have a minimal impact on its surroundings. The goal was achieved by designing two separate blocks and diverting the north wing of one of them.

Thanks to that, residents of the building on the adjoining north lot can still enjoy the sun. The designer arranged the blocks in a way that one building makes an acoustic barrier to the internal court. Another reason for this solution was that the designer wanted to preserve the existing trees. The whole complex consists of two blocks: the lower one is running along Wojska Polskiego Street and the higher one is pushed to the back. Thanks to this solution, the court with a children's playground has been exposed.

The lower block has a gable roof and is similar to the front elevations of Wojska Polskiego Street, typical of the architecture from the beginning of the 20th century. A typical element of this block is a ceramic facade extending up and making a roof. The gable walls are different: folded materials, alcoves and shades make a dynamic composition that attracts attention and makes the front less static. The building has two floors above the ground level and one underground floor. The total height is no more than 15 m.

The other block is nearly 16 m high. The lowest, underground level has two-floor apartments. Below the whole construction, there is an underground car park which can be reached through two entrances directly from the staircase equipped with noiseless lifts. The view from the flats on the last floor is on the wooden hills of Trójmiejski Park Krajobrazowy.

The walls of the buildings are finished with cedar wood slats, silicate plaster and ARGETON ceramic tiles. 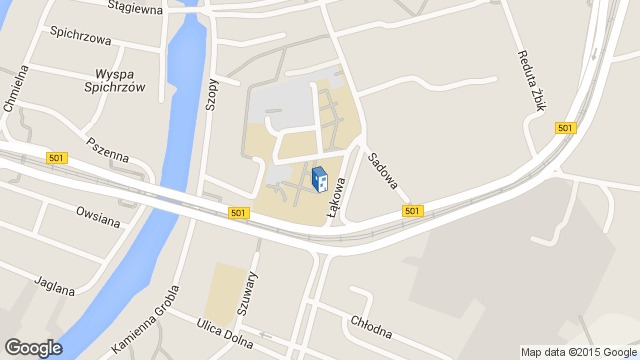 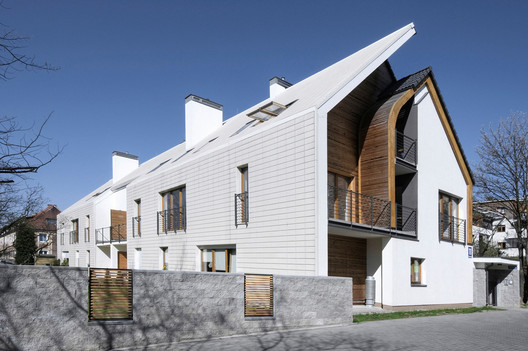