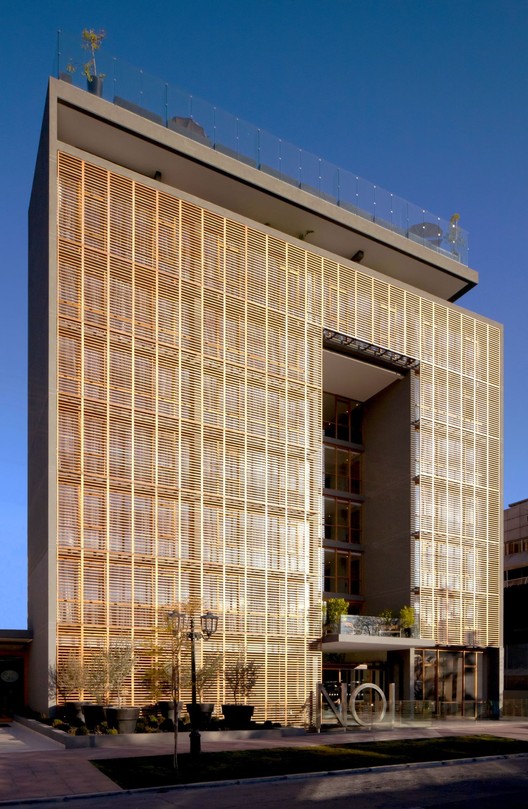 Text description provided by the architects. The Project is located in an emergent neighborhood where the most renowned shops of Santiago are placed, and also a wide list of restaurants, bars, coffee shops and art galleries. Situated between the streets of Avenida Nueva Costanera and Aurelio González, the project proposed 2 access that responds to them. In the entrance hall, you can see clearly the distribution to the different activities that the hotel gathers, of contemporary architecture, a restaurant of international franchise, an exclusive shop and a coffee- bar. The hotel is a building of 10 floors, over the ground level, plus 5 undergrounds with a total of 13.186 m2. From the second to the eight floor, 87 spacious rooms with different options of distribution. In its last floor, a distraction area; a lounge terrace open to the exterior public of the hotel, which enlarges the privileged location of the Hotel.


The assignment was never so clear.  The hotel program was from the beginning, but the specific purposes and other programs appear after all the studies between the owners and the team of architects behind the project. That way, motivated by the concept of Boutique Hotel with sophisticated and simple characteristics, but at the same time very personalized, is how the project was developed. The central idea of the architectonic proposal is based on creating a building that emphasizes the functionality of the building and the image that it represents to the neighborhood. A concept of “street” defines a great part of the functionality, arranges the main programs and it is reflected in the main facade, enriching the global image that the hotel presents to the city. The materials chosen for the front facade are noble and locals, a wood lattice that gives a warm image to the pedestrians and privacy for the functional in the interior.


The concept of “street” helps to order and divide by zones all the hall area and the rooms of the building.  Vertically, the general organization makes that conference and convention rooms, Piegari Restaurant, hotel services and the rooms, be organized to reach the best profit of the 2700mt2 of terrain.


Vertically, we can recognize a clear functional order. From the parking lots, situated on the - 4 floor; passing through the convention and conference rooms located on the -3 floor (Situated here to give more capacity for the rooms in the higher levels) always working with the same concept.  The salons are perimeter of a general foyer accompanied by a water fall. Then, on the -2 and -1 floor is located the general kitchen, the restaurant of the hotel and a public restaurant, The Piegari. These last programs interact with a void that starts from the access level and gives natural light to the general foyer of the salons on the -3 floor. Taking in consideration de initial concept of “street” the first floor shows its clearness and set of bridges that goes from the elevator to the rooms, from de second to the seventh floor. Also it has a horizontal view that is contained by a wood lattice that assembles the image of the front facade and gives a controlled light to the interior.


Without any other limitation that the own views of the place, a terrace on the ninth floor y conform, that looks for the continuity of the views and the interaction of the guest with the neighborhood. This level, with a pool, barbecue area and a bar, is conformed under a ceiling that allows a duality of atmospheres maintaining its functionality during the entire year.


Like a continues and uniform screen, the wood lattices of Oregon pine constitute the facade and covers the main windows of the bedrooms. This lattice with a format of 0.95 x 2.90 meters provides two qualities to the building: First, windows modules from the floor to the ceiling with a format of 0.95 x 2.60 meters, making possible the entrance of more natural light to the rooms and a controlled view  from the exterior to the interior thanks to the wood lattice. Second, filter on a controlled way the light, personalizing the spaces and making the guests feel the presence of a noble material as wood.


A gesture of functionality and identity is what can be obtained from the facades. It’s understandable that the building respects the context that surrounds it and values the meaning of seeing or be seen working with a few materials that do not invades the area. And through the interior a robe that controls its own luminosity, bedrooms with identity that becomes warm and naturals.


The materials of this building are the more representative local elements, without losing their elegance and authenticity. Materials from the city of Santiago that makes the guests feel a warm feeling, wherever they are in the building. Is because of this, that the wood lattice achieves two aspects, delivers an image to the surroundings and provides identity to an interior.


The rock as plating to the walls, the concrete and the water, reflex the spirit of nature of our country, the purity of its mountains and ocean. In general the material gives a simple and elegant design, with lines worked in a context of great urban quality, which is looking for a contemporary architecture with a local identity.


The interior design of Noi hotel, is inspired in the same concepts that defines the architecture of the building. Noble materials, simple and timeless, received by an environment that combines the elegance and sophistication of the contemporary design, with a powerful local mark, that inspires the decoration. 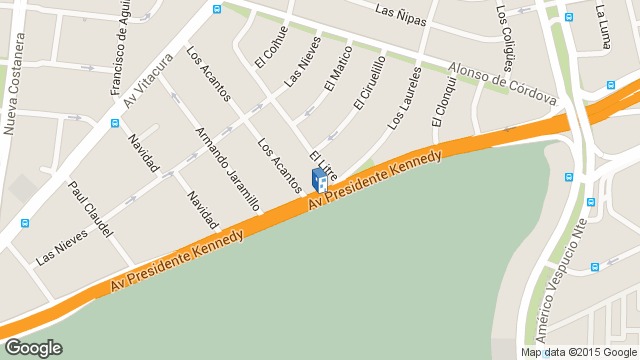