The ninth edition of BEYOND MEDIA, international festival for architecture and media, will open at the Stazione Leopolda in Florence, Italy. A rich program of videos, exhibitions, and a symposium -in which the protagonist of the international debate will participate- will offer to the public, until July 17, a plurality of overviews on architecture and on its ever more intense relations with the media. 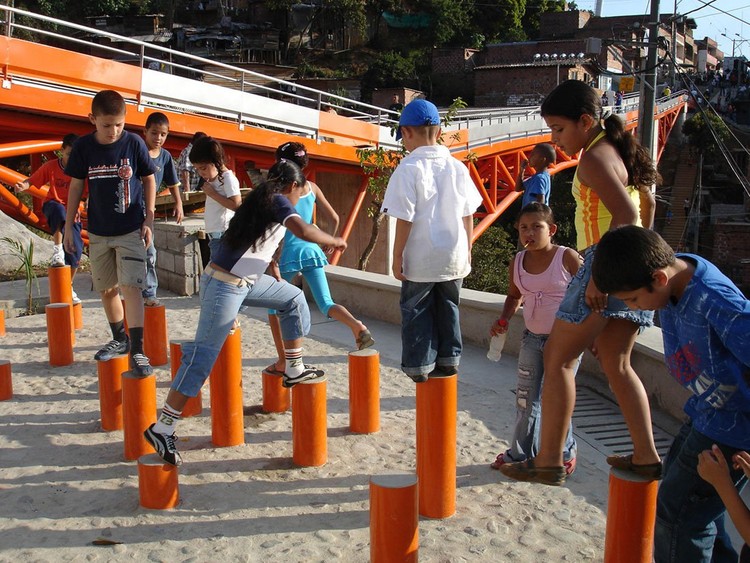 The theme for the ninth edition of the festival is VISIONS, and it is dedicated to a reflection on the visions produced by contemporary architecture, on their forms and on their limits, on the role they play and on the effectiveness they express in interpreting the constant need for the architectural project today to detach its sight from the present to look beyond. “It seems as if contemporary architecture -says Marco Brizzi- lost, in the last years, its ability to pursue broad visions, to collect with a wide outlook the complex transformations of the built environment, to lead its thoughts and conscience beyond that which is usual, empirical, and visible. The massive production and consumption of architectural images resulted in a greater vicinity, on the part of the general public, to design issues. But, at the same time, they produced an alteration in the way people conceive architecture, and affected the ability and the opportunity to generate visions, and hence theories, which are deeply rooted in our times but, at the same time, are receptive towards new possible scenarios.”

Diverse expertise will be involved: not only will well-known architects and designers be involved in the talks and discussions, but also journalists, writers, artists, philosophers, graphic designers; videos will be presented and discussed; exhibitions will be set up for the occasion. A symposium, curated by Pietro Valle (Stazione Leopolda, July 9 to 12) will propose a reflection on the theme during 6 talks that will see the participation of 25 important figures who are invited to take part in the debate: from Peter Wilson to Tony Fretton, from Derrick De Kerckhove to Beatriz Colomina, Marcos Novak, Ruggero Pierantoni, Paul Polak, John Frazer, Alberto Garutti, and Mario Carpo, to name just a few. A program of 80 architecture videos (selected out of over 600 submissions from around the world) will lead the public -as in the tradition of the festival- to the viewing and understanding of those works which testify the world’s architectural thought and production, which interpret the potential of the audio-visual medium and qualify the architectural discourse.

A special recognition will be offered to three signatures of contemporary architecture, “THE VIEW MASTERS”, who, in different ways, proved a peculiar and fertile employment of videos: UNStudio, Zaha Hadid Architects, MVRDV. The exhibitions “URBAN VISIONS”, curated by Michele Bonino, and “SPOT ON SCHOOLS”, curated by Paola Giaconia, will present the results of investigations which have been carried out in 10 cities and 19 architecture schools which have been selected internationally as the most distinguished ones.

The “PRIME VISIONS” workshop, especially conceived for children, directed by the Spanish team of Que es arquitectura? will offer to the youngest in the audience the possibility to explore architectural space. All this in addition to a series of special events that range from the reinterpretation of the famouse exhibition “Italy: The New Domestic Landscape” (MoMA, 1972) to a debate on the remarkable case of the “Koolhaas Houselife” film by Bekafilm.