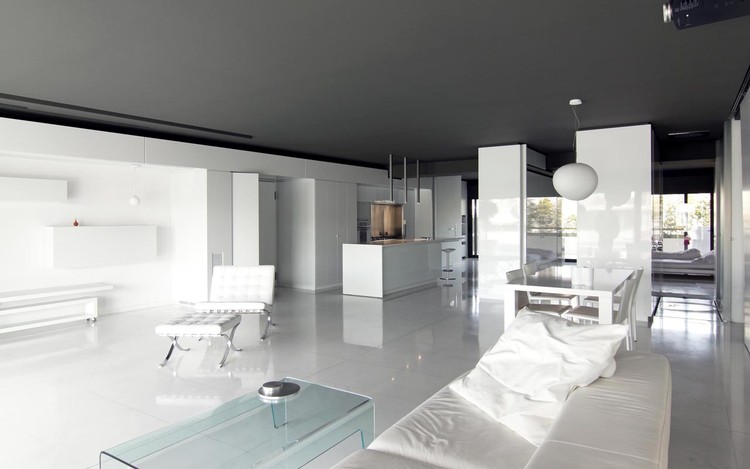 The owner’s desire for a calm and visually clear interior landscape formed the starting point of this project. The first visit to the site took place while the building was still under construction. The space in question was long and rectangular, with two enclosed long sides and two sides completely open. This openness meant sweeping urban views over Athens penetrated deep into the space; it informed the entire design process. On one side stand Filopappou Hill, an assortment of typical Athenian apartment blocks and, moreover, the dark mass of the new Acropolis Museum sitting directly beneath a view to the Parthenon. On the other side lie the yards and backs of buildings, Syngrou Avenue and, in the distance, Mount Hymettus.

It was decided that the flow through this rectangular space should not be blocked by the addition of interior or exterior walls. The openings at each end would remain clear from edge to edge through the use of large glass panes. The interior space was kept completely open plan, with no dividing walls, in order to enhance the expansive nature of the space.

Inside the apartment, the views over the fragmented cityscape stand in contrast to the calm white interior landscape. Free-standing furniture “islands” in high-gloss white lacquer form passageways and spaces, but without boundaries. These clean rectangular blocks float on a white floor laid with large blocks of Ariston marble. Lacquer and glass sliding doors hidden in the islands and in the side-walls close off the main bedroom, shower, wardrobe, and guest room. The sliding of these doors redefines the space, revealing or concealing various functions from view.

Matte white-lacquered surfaces that lie parallel to the long sides of the space define two zones that house storage solutions, bathrooms, an office-cum-bar, a projection screen and library, a guest fold-down wall bed, and the kitchen. By hiding a majority of functions away behind the long side walls, and by using “islands” in the intervening space, the desired extreme open plan is achieved. The elements can be arranged so that nothing blocks free movement through the space, or to create three distinct zones. The sofa, dining table and bed are the only pieces of furniture in plain sight.

The dark grey ceiling acts as the backdrop to the “skyline” created by the dominant white forms in the space. The dark colour means the ceiling recedes from sight, and undermines the notion of a white box. 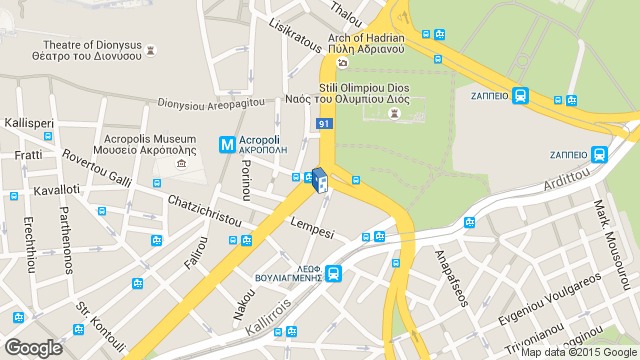 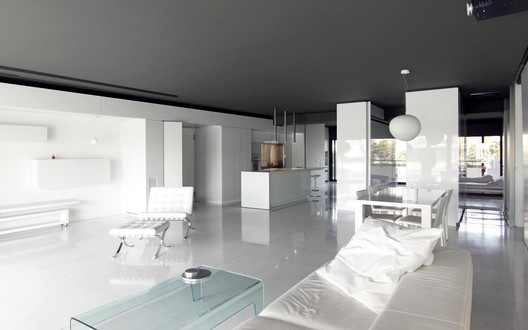