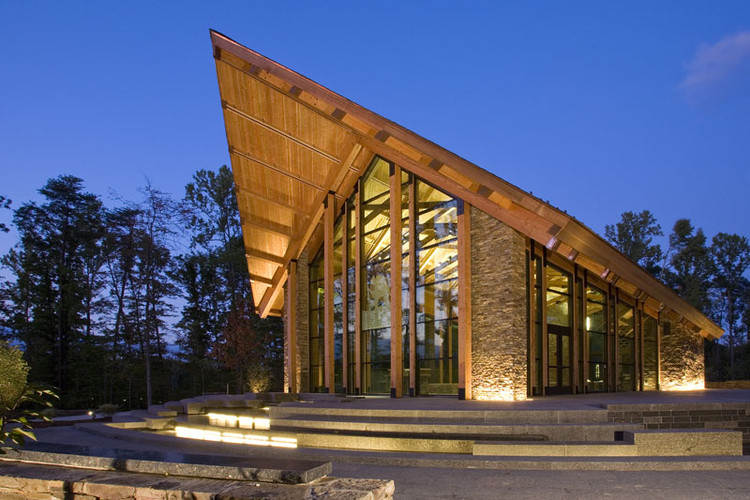 For “masterful execution,” “near perfect detailing,” and “a wonderful integration between the interior and exterior architecture,” the Semper Fidelis Memorial Chapel in Quantico, Virginia has been honored with a BESTaward by the International Interior Design Association(IIDA), Rocky Mountain Chapter. Designed by Fentress Architects, the non-denominational Chapelis a space defined by simplicity, serenity, and purity of form and materials.The project expresses the concept of a canopied field chapel, providing a seamless transition of natural materials from exterior to interior.

Design for People ǀ Completed in 2009, the2,276 square-foot Semper Fidelis Memorial Chapel enables friends and families to honor the sacrifices of fallen heroes and loved ones, or host events and ceremonies that look to the future. Expansive glass walls, etched with text expressing time-tested Marine Corps ideals, are framed by natural fieldstone and timber columns to establish a seamless relationship with nature. The chapel’s location offers a commanding hilltop view of the National Museum of the Marine Corps, while chapel and museum are physically linked by a network of intricately landscaped trails through Semper Fidelis Memorial Park. The connection alludes to the Corps’ motto of Semper Fi, or “Always Faithful.”

Sustainability ǀ The Chapel was designed to meet standards for LEED Silver certification. The design includes a geothermal HVAC system and a mechanical system that service a large, glass-walled space. This was achieved with a hidden under-floor air distribution delivery system for energy efficiency and comfort.

Outside Influencers ǀ Two outside influences were vital to the successful development of the Chapel’s design. The Heritage Foundation, which was the direct client, endorsed the metaphor of a field combat zone chapel as an important aspect of not only the development of the architectural expression, but also as an opportunity for the building to tell the story of the Marine Corps. Secondly, the Timothy Day Foundation, founded by Tim Day, a former Marine Captain and successful businessman, was a major donor and heavily involved in reviews of the final development of design. These two Foundations not only allowed for a seamless design process, but also contributed to achieving the design team’s goal of capturing the essence of the Marines. 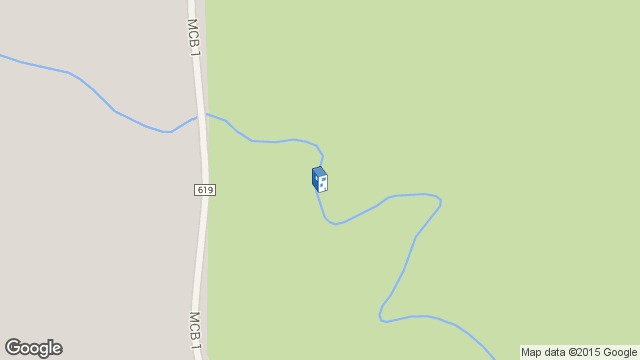 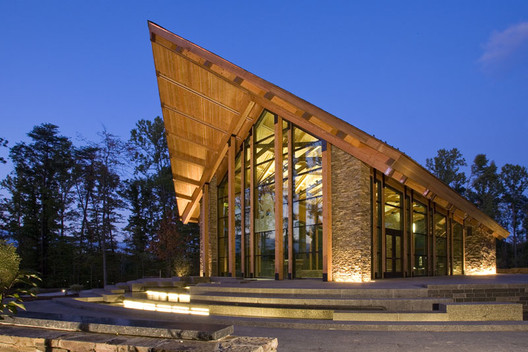