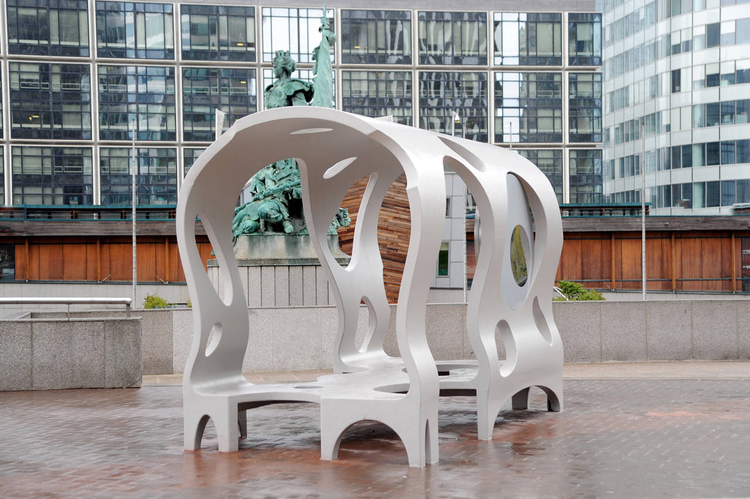 The Stanzes project is a collaboration between Paris-basedarchitects La Ville Rayée and JC Decaux, for « Forme Publique » - La Défense Urban Furniture Biennial. Like the functional potential of a rock discovered opportunely, the Stanzes are an experiment in the idea of tacit design. Functions are possible and imagined, but not specified. Thanks to several clues, the familiarity of theirscale and formal intuition, the Stanzes seek an active appropriation from passers-by.

Their temporality extends beyond their various uses and sets them in the permanence of a landscape. They offer different types of shelter, various seating options and modes of sociability. In addition, they are equipped with wireless screens or Orange touch-screen public phones with internet for an augment edex teriority.

Thanks to a digitally cut polysty renemould, this set of street furniture, made from ultra-high-performance concrete, has been molded entirely in a single piece, without the need for any assembling. The digital functions (wifi screen, connected touch screen and phone developed by Orange) are integrated as a second layer in metallic cases that have been inserted in its gaps.

On the bigger Stanze a 52-inch wireless screen allows users to enlarge and share the screen of their personal laptop, for informaloutdoor meetings. On the smaller Stanze a touch-screen public phone developed by Orange allows users to surf the internet as well as to make phone calls. 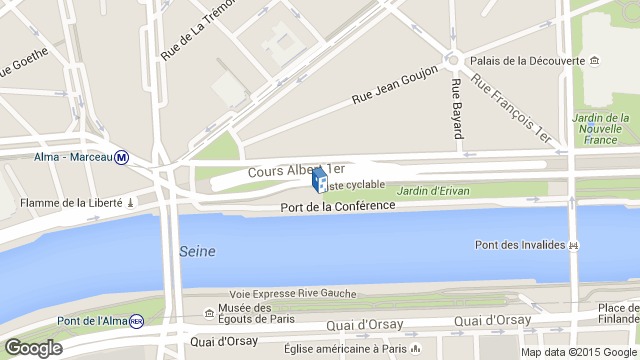