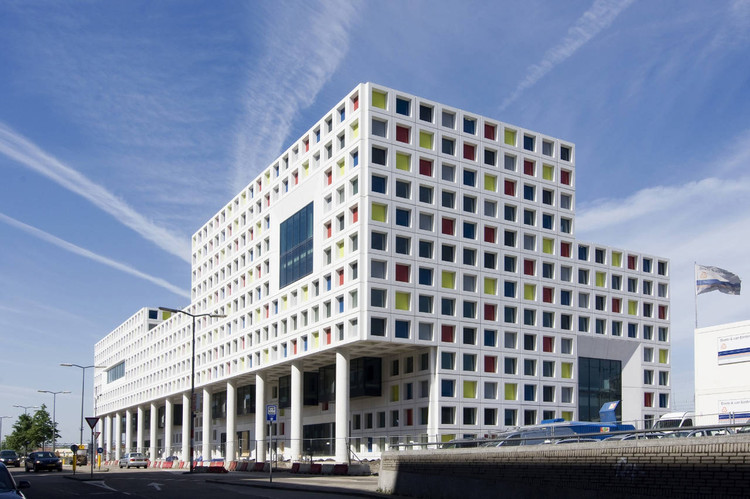 Share
Or
Copy
University, Other Facilities, Dorms
•
The Hague, The Netherlands

Text description provided by the architects. The new building is situated on a narrow plot, perched between the busy railway lines at The Hague HS Station and the Waldorpstraat. The position, close to the public transport node is an excellent strategic choice: the school campus that is formed here in conjunction with The Hague University of Applied Sciences, the student and entry level housing and the resulting social life, is directly connected to all forms of (public) transport and is situated in the middle of the city.

The building forms a powerful and colourful (a la Mondriaan) completion of the Leeghwaterplein. Seen from the train, it serves as a calling card for ROC Mondriaan. The building has a grid shaped concrete façade decorated in the ROC colours. The effect in combination with the windows results in a strong whole. An arcade follows the pedestrian route from the train station to the housing complexes and Megastores shopping mall. Large glass areas along the arcade provide a glimpse into the school, which serves to combine transparency and a display window for vocational training with increased public safety.

The building’s is designed with a floor plan based on a framework, to facilitate future conversion into offices. By choosing spans without columns, from the façade to the cores, the layout of the school is adaptable for future schooling insights.

The building has two main volumes each with its own core and all support functions. This means that the complex could in the future be leased as two individual office building sections.

The entirely prefabricated building was manufactured in Germany. The squares on the grid shaped concrete facade feature the school’s colours. Together with the “random” pattern of coloured panels and windows, the repetition of the exterior concrete elements creates a look without scale and a powerful whole. 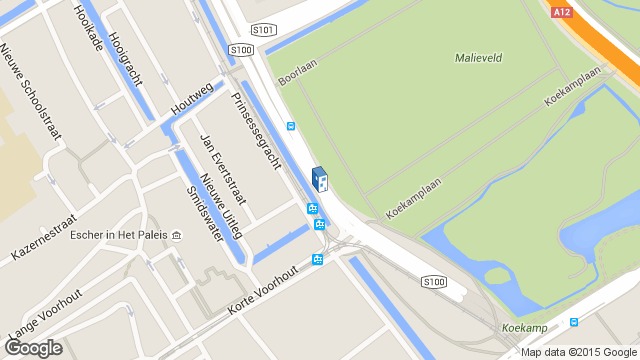 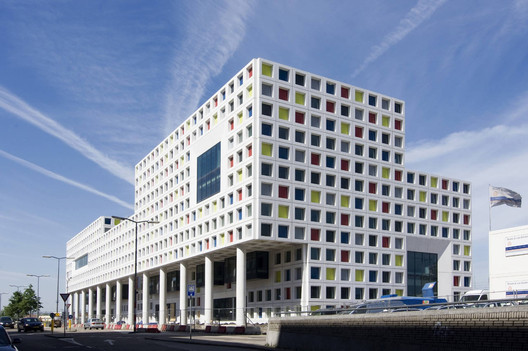