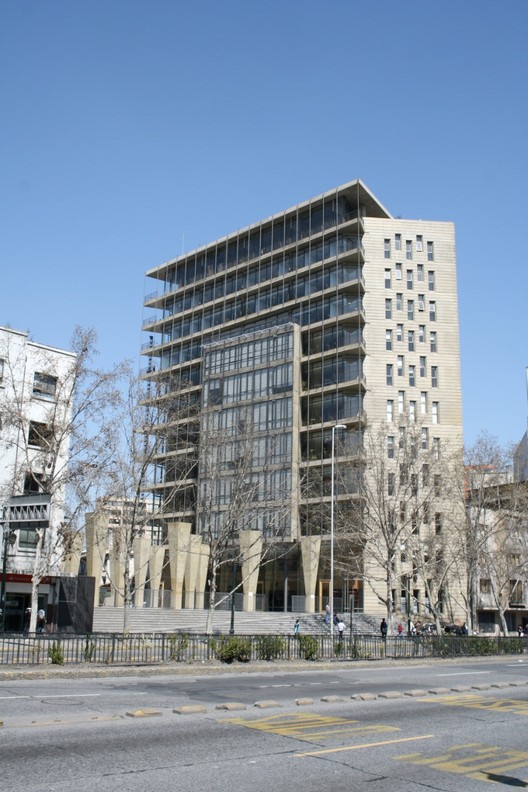 Text description provided by the architects. This Building is the first stage of an ensemble of buildings belonging to the Universidad Católica called "Patio Alameda ", which is part of the Central Campus of the university placed on the Alameda Avenue in Santiago's downtown. Alameda is the city's main avenue and runs East - West. This group of buildings was designed to form a "fourth patio" related to the three patio traditional building of the university.

But this fourth patio is open to the city, creating an urban void, a small plaza.

The fourth level of this fourth patio matches the level of the main floor of the old building. Due to the natural slope of Santiago, such level is 4 meters over Lira Street (that runs North - South between the old and new buildings) and allows, through a pedestrian bridge over the street, to connect the four patios. The level difference between the fourth patio's floor and the Alameda Avenue is solved by an ample stairway that expresses a new attitude of the university, one of openness to the city.

Under the new urban patio there is a 5 level underground parking with place for 600 cars.

Surrounding the urban patio, 3 buildings were designed to create its East South and West borders. Of these building, the one at the West, 12 stories high, has been built on this firs stage.

The first 9 levels of that building are assigned to some of the universities master programs, including the MBA.

Such activity generates a rich social life between class sessions, which takes place on a series of halls that look over the patio producing a facade full of life.

The main walls and other structural elements of the building are made of pigmented reinforced concrete, colored to match the old buildings. The exterior forms are mainly planes in diverse angles; the inside is furniture-like, with curved wooden surfaces, adequate to a dense and fluid use.

The east façade, overlooking the patio is designed as a green-façade with planters in every story and net of cables to support climbing plants. This protects the inside from the summer sun and generates a green border for the patio.

The concrete columns of the underground parking extend upwards to form a colonnade in the patio in which each column is topped by an inverted pyramid consisting of a soil box hosting a Lima tree. These trees, in a short time will create a summer shadow for the whole patio. 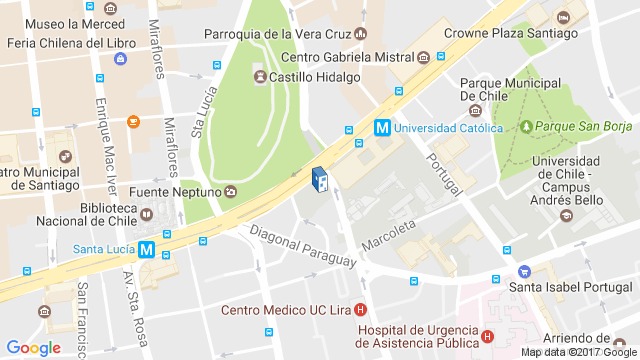 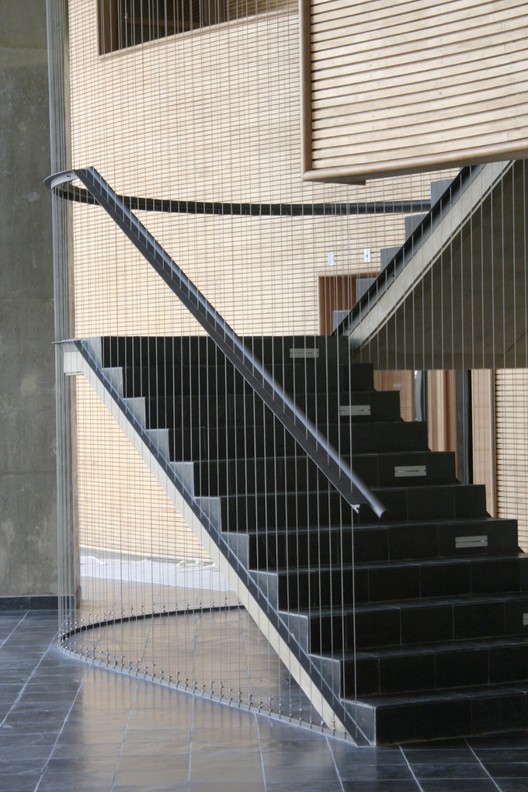