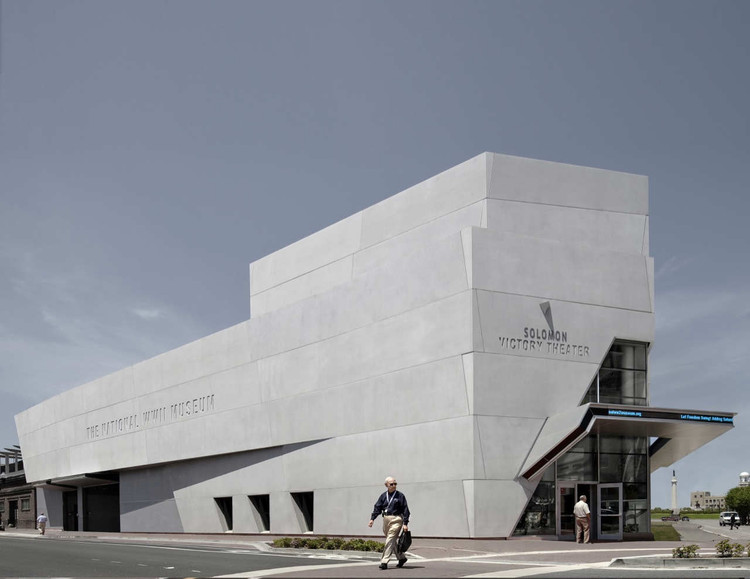 Text description provided by the architects. The National World War II Museum is a multi-phase project located in New Orleans, Louisiana. The US Congress mandated that the museum stands as tribute to all who made the campaigns in Europe, Africa and the Pacific theaters successful. The location was selected because it was New Orleans that Andrew Higgins built the landing craft used in the amphibious invasions; the landing craft which President Eisenhower believed was one of the five key inventions that helped us win the war for the Allies.

The Museum will afford visitors the ability to view over 92,000sf of interactive and interpretative exhibits with a completed size of 284,000sf. To facilitate the visitor experience, we propose that their journey be guided through a series of "Pavilions" along a continuous route. This experiential path takes each patron through the various pavilions and their exhibits as well as transverses the central green space entitled the "Parade Ground & Landscape of War". To assist in providing visual continuity and weather protection, we propose a floating canopy to unify the individual elements with an urban scale, recognizable image signifying a national museum.

The Pavilion strategy which interweaves architecture with landscape also enables "Phasing" of expansion process which results in economic and programmatic flexibility. Uniquely defined contents and their design identities reflected on each Pavilions provide enhanced naming opportunities throughout the Museum’s fundraising campaigns. The Pavilion system also proved extremely effective under the Post-Katrina redesign process where fundamental master plan strategies and scopes were revised.

The Phase I which has been completed includes 4-D Theater, Performance Hall, Executive Offices, Retail and Restaurant. It presents the stories to an international audience, preserves material for research and inspires future generations to apply the lessons learned from the most complex military operation ever staged. Subsequent phases of the museum are currently under construction and scheduled to be completed in coming few years.

The Phase I completes east section of the master plan with the Theater Pavilion at north corner connecting new elements to the surrounding urban fabric, existing Louisiana Memorial Pavilion and future facilities. The layout and geometry are generated for optimal performance within the overall master plan program and massing. Large scale precast concrete with interlocking geometries cover the external street façades. In contrast, through extensive use of glazing and metal panels, the façade facing internal court (Parade Ground) is transparent and lightweight. The quadruple height lobby creates spatial gravity point with balconies integrated as an architectural promenade that travels inside as well as outside. The expansion of Phase I made the Museum the most visited destination in the city of New Orleans. 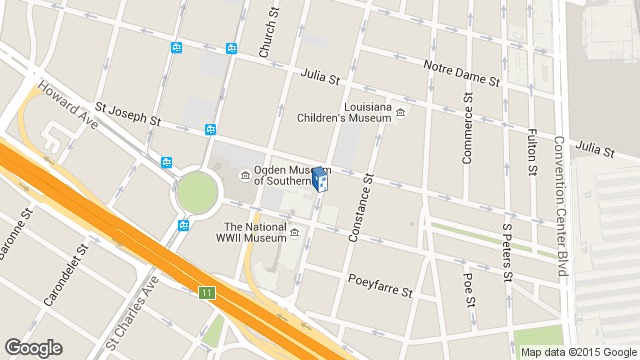 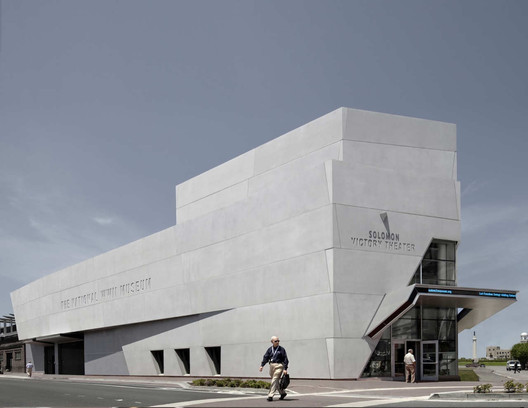