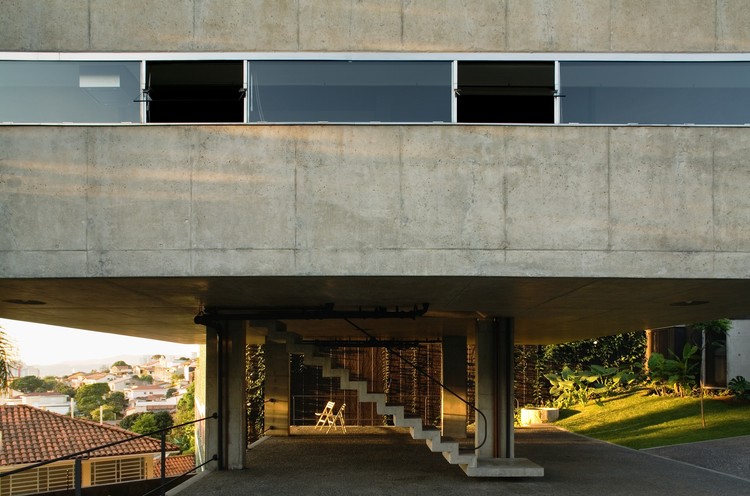 Text description provided by the architects. The design of the Espirito Santo Residence is derived from the twin imperatives of topography and usage.

It is situated on a corner plot with views of the town's principal valley, with a drop of 10 meters from one side of the plot to the other.

The first question to be tackled was that of creating an artificial terrain that would allow for easy transit around the external areas and their use for day-to-day activities. The landscaping was determined by the creation of these areas.

The second question was that of the residence's dual usage. The building houses not only the residence but also the working studio of the artist owner.

The strategy adopted was to divide the building into two autonomous blocks. In contact with the terrain is the studio block, partly embedded in the hill and illuminated only by an overhead opening. Its interior is divided by a series of walls which serve as supports for the works to be created there.

Suspended above the terrain is the block containing the residency itself, open to the views that surround it. Its internal layout is designed to facilitate integration and fluidity between separate sectors for living, sleeping, cooking and the service area.

Between the two blocks, on the slab that forms the roof of the studio, a large veranda has been created, partly in shadow. Another space, uncovered, occupies the slab over the residential block, increasing the total external ground area.

The suspended block is supported on only four points, with prominent overhangs. The two solid slabs that support it are constructed from exposed prestressed concrete. A further layer of concrete conceals the steel reinforcing elements. This concrete and the window system form the façade of the building.

The concrete slabs, once polished, form the floor of the interior environment, with no need for additional surfacing.

Conical niches in the concrete allow for the direct installation of lighting, with no need for additional fixtures.

It is this succession of constructional features that defines the project as a whole. 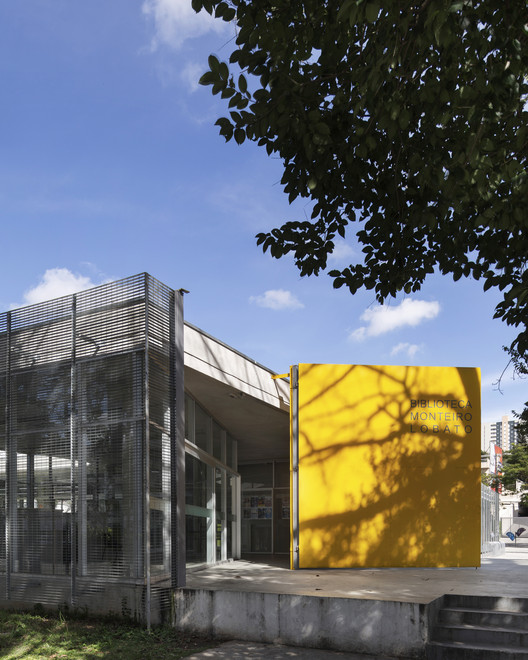 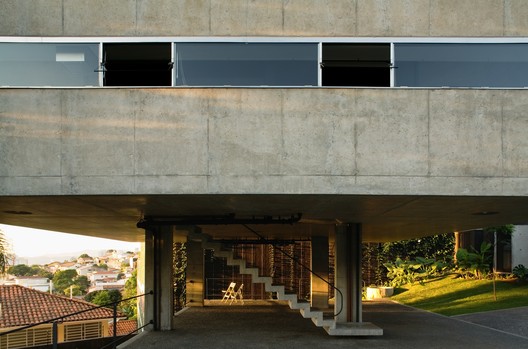