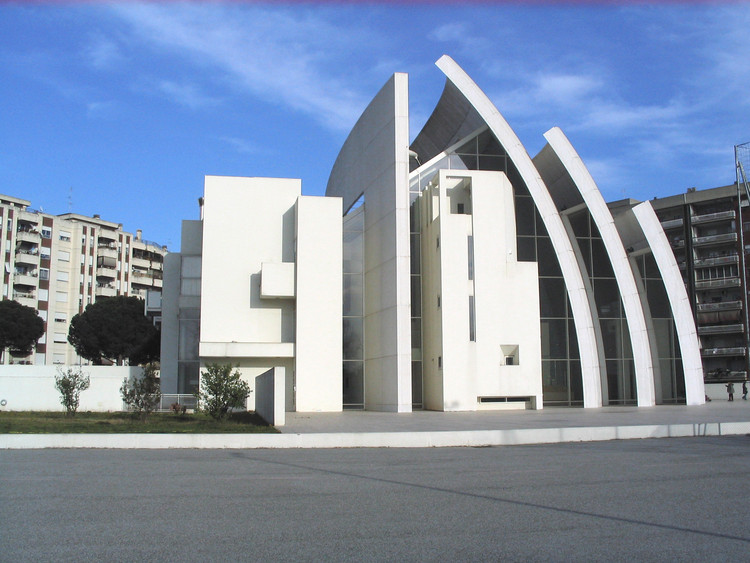 Text description provided by the architects. Located in the eastern suburban area of Rome, the Church of 2000 “Dives in Misericordia” by architect Richard Meier is the first realized work of the American architect in the Italian capital, followed by the Ara Pacis Museum (2005).

The importance of this project is to give value and attraction to the deepest and most far suburbs in Rome; the occasion came with the beginning of the new Millennium.

The Vicariato of Rome (diocese of Rome’s Bishop, the Pope) committed this work to show and highlight the basic role that architecture plays in holy and religious spaces, and to demonstrate that the connection with contemporary architecture is the key to improve quality of life in suburban areas. These were the goals that the project had to face. Richard Meier’s project won the international competition in 1996.

The Church of 2000 is conceived as a composition of basic elements, clearly referred to the purity of the cube and the sphere, and the in-between spaces and connections.

Approaching the Church by the side-road, first the three enormous shells show their presence. They give a feeling of lightness – given by the small thickness of the shells (about ... cm) and the mounting waves movement it suggests - and, at the same time, heavy - due to the absence of openings on large white concrete surfaces. The shells are made by prefabricated self-substainig concrete panels, double curved, (dimensions 400 x 400 x 80 cm) and assembled dry. Italcementi developed and patented a new type of white self-cleaning cement, called Bianco TX Millennium. The cantilever reached is impressive, related to the thickness and extension of the “sails”.

On the interior, it is evident the work on natural lighting, which comes through the gaps between the solid elements and brightens the whole space: main source of diffused light is the glass roof between the shells, but in early morning and late afternoon the sunlight penetrates the entrance facade and the altar facade, giving spectacular atmospheric effects.

The only varieties out off white tone is given by a suspended wood-frames wall, vertical and facing the most internal shell; while the importance of sacred furnishings is underlined by sculpted travertine blocks. All of the sacred furnishings and religious spaces are included in the composition through the continuity and dialogue of forms, and it contributes to the elegance of the project.

The distribution of different spaces is made clear by physical separations: the ferial chapel is at the side of the main hall, slightly separated by the foot of the last shell; the entrance is provided with a buffer space and a second door, on top of which is the organ, integrated in a sculpted cubic element.

The whole design concept is based on the contrast between cube and sphere, and the clear division -or connection point- is the main space of the Church.

The parish complex at the opposite side of the main hall is accessible both from the church (the wood-framed screen hides some balconies) and from the exterior. Some squared patios and green terraces make it part of the general design, as the bell tower, on the right side of the church.

The exterior plaza (sagrato) completes the plot’s design: the yellowish and polished travertine tiles dialogue with the white elevations. The Church has the chance to be in a relatively open area of recent roman expansions, then the park on background and the stone floor give it the feeling of a water pool containing the “floating sail-ship” church. 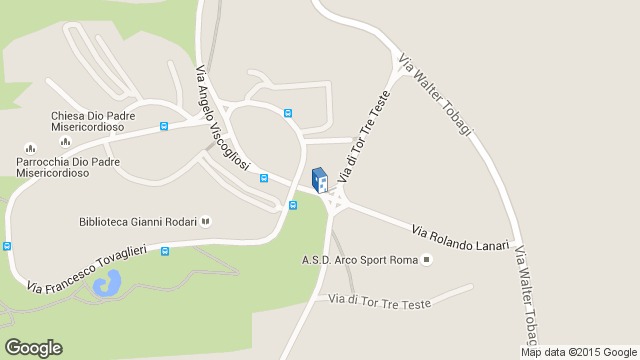 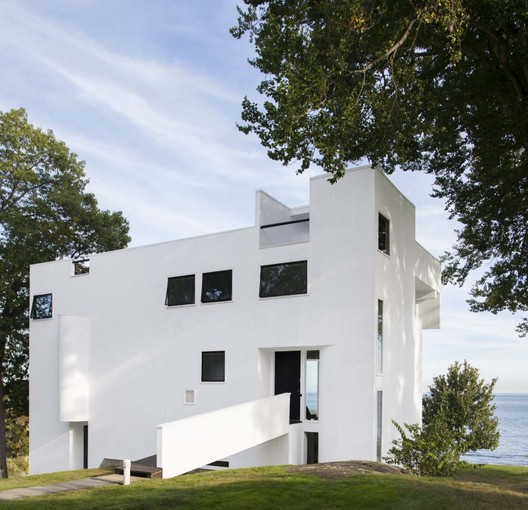 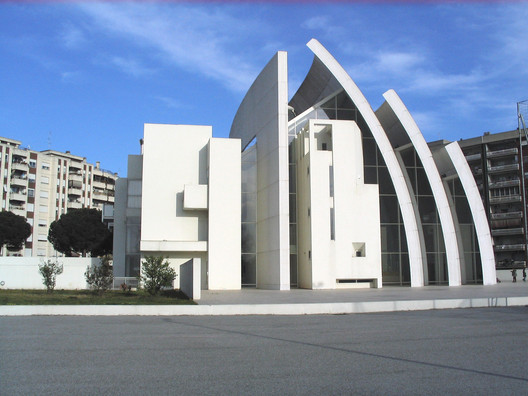