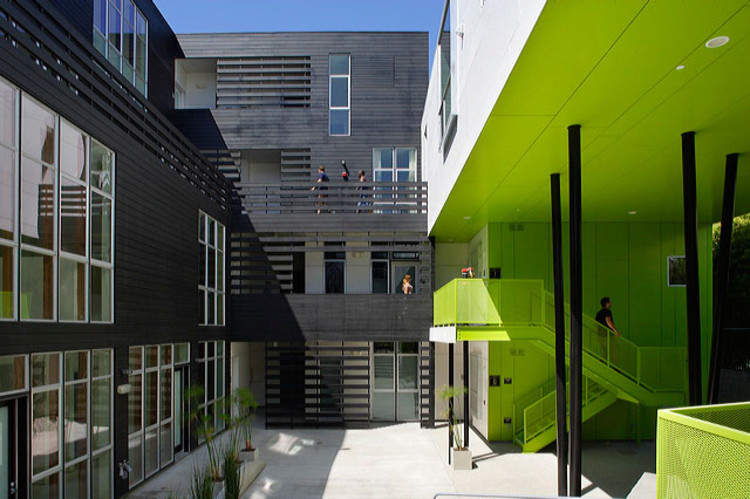 This project provided an opportunity to address the critical issues of density, site and the cultural and social impacts that arise from building adjacent to a historical landmark. Attempting to "kick down the bamboo wall", Habitat 825 and its expansive use of common open space creates an urban space without borders or property lines.

Given the historic presence of the Schindler House, several measures were taken to preserve the house's relationship to its surrounding landscape. To avoid casting shadows onto the adjacent property, the building was reduced to two stories on the north side adjacent to the Schindler House. In addition, the form in plan bends inwards away from the house to allow more breathing room and to draw attention towards the central open space.

Massing is composed of two "L" bars which create a central, common, open space. This composition also carefully weaves the buildings' circulation into a spectrum of public space.

Beginning on the new ground established on the sub-grade parking deck, a loose internal courtyard is scaled to the intersection of the two primary housing volumes, which in turn hinges toward the Schindler House. This centrally located space allows all units to have direct access from the exterior, while eliminating the need for mechanically climate controlled corridors.

Adhering to the 19 unit requirement, the ground plane drops five feet below the street level, creating additional units at the west side of the building. Moving vertically, widened exterior walkways tactically serve as prompts for informal gatherings. In addition, private open spaces are set within the common area through landscaping elements rather than "hard" boundaries.

Internally, units are organized around light wells that filter light down into the dwelling units from roof gardens above. All units are single loaded allowing for cross-ventilation and light to enter from multiple sides.

The strategic use of black on the southern vertical volume grounds the building, rendering a heavy silhouette as an architectural proclamation. The choice of a lime green rhymes with nature and embodies both the horizontal and vertical landscape concepts of the Schindler House. The use of white bounces light into the central courtyard and subsequent lower units.

Materials are a combination of non-combustible cement board and Local forest managed dark stained Redwood siding. The utilization of a rain screen system promotes a long life-cycle reducing the need for maintenance and repair. In addition, given Los Angeles' warm climate, the movement of air between the building and the cladding cools the inner face of the exterior and reduces the demand for cooling energy. 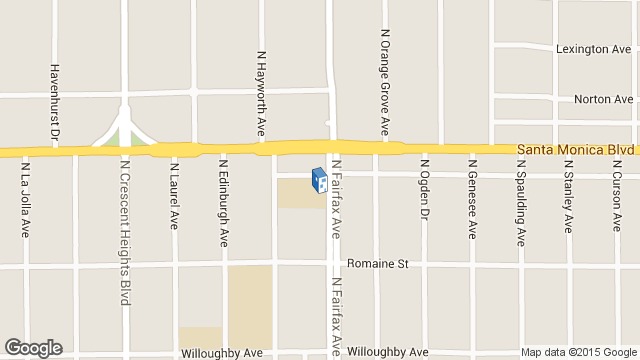