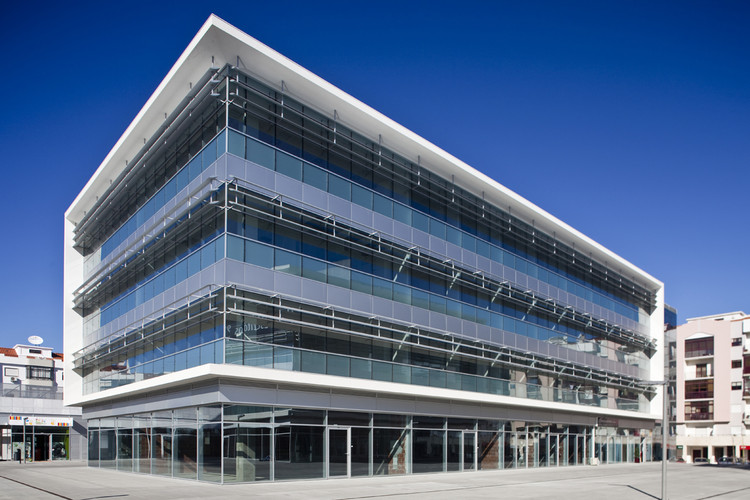 Text description provided by the architects. The approach to the problem of merging the urban fabric that fits the “pragal civic center” should have the evolution of the “square” throughout history as a basic idea. The creation of a homogenous block, with a permeable interior, creating zones of pathways, zones of permanence and areas for contemplation, in which interaction with the palace of Justice and the tensions created thereby contributing to the integration, were the starting points for the design.

The buildings were carefully placed to minimize the barrier effect and allow the maintenance of the system of views of the surrounding residential buildings. There is a platform where the built masses form street zones, terrace zones and plaza zones, and where water features and public art mark the transition between the paved area and the garden area. The platform was created to allow pedestrians to walk on its four borders, either with access levels in the east, or via stairs in the other directions.

The framework of the palace of Justice is guaranteed by a suspended garden, bringing a relationship to the water, the lake plants, the lawn and large trees. Taking advantage of the morphology of the terrain, the first floors of the building base is intended for parking on the east, turning into the commercial areas to the west.

The building, although fragmented in its built mass, has a strong reading of the whole and formal unity in which the elements are positioned without ever losing the notion of a group. The closure of the north block is carried out through a single commercial floor where the exterior elevation mimetically re- peats the elevation opposite to the palace of Justice and the elevation facing the square is endowed with great transparency in announcing its function.

Walkways have been created running through the commercial area in the form of “stoa” and they end in the square, a true “agora”, space integrator inviting one to stay. the two office groups relate to each other by transparency and by creating a more opaque façade on the opposite elevations, providing a notion of a group. The hotel building is, in the urban point of view, used as a reference point, and its vertical nature serves as a contrast to the horizontality of the palace of Justice. 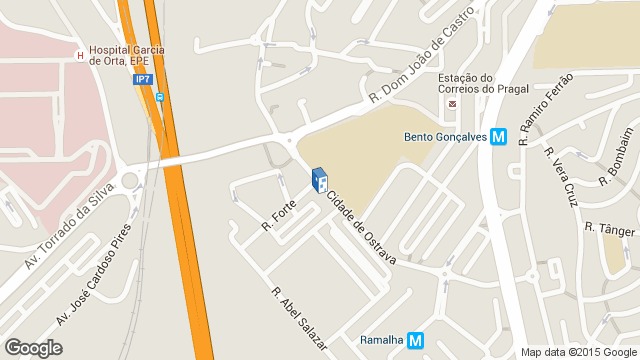 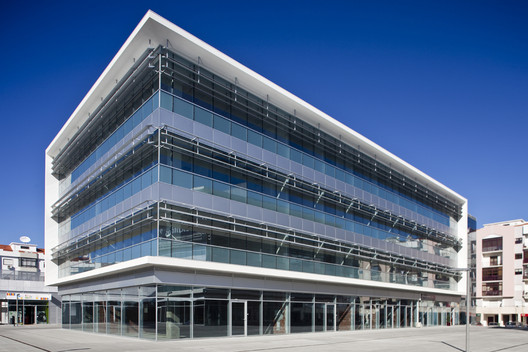