Text description provided by the architects. The regeneration of the Park Hill estate is a collaboration between developers Urban Splash, Sheffield City Council, Great Places Housing Group, English Heritage and the Homes and Communities Agency with architects Hawkins\Brown and Studio Egret West and landscape architects Grant Associates. The original scheme, comprising 995 flats on a 32-acre estate, dates from 1957-61 and was designed by Jack Lynn and Ivor Smith working with J. L. Womersley of Sheffield Corporation City Architectʼs Department. It officially opened 16 June 1961.

The building celebrates its 50th anniversary with the unveiling of the four show apartments in one of the siteʼs four blocks. The refurbished block houses 75 residential flats and commercial units at the lower levels of the building. Built on a steeply sloping site (gradient 1 in 10) to the East of the city centre, Park Hill commands panoramic views of the city. The building profile harnesses the topography of the site keeping a constant roof level. The height of the blocks range from four to thirteen stories.

The building is historically important as one of Britainʼs first completed schemes of post-war slum clearance and the most ambitious inner-city development of its time. It pioneered modern building techniques, great space standards, and an integrated district heating system, as well as its infamous ʻstreets in the skyʼ which aimed to recreate the community spirit of traditional streets within a high rise development.

In 1998 Park Hillʼs future was secured when it was granted Grade II* listed status, making it the largest listed structure in Europe. The refurbishment retains the integrity of the original structure with duplex and single level apartments arranged within a rigid grid with access decks on every third floor serving duplexes on and above the deck and single-story flats set below. The redevelopment harnesses the intelligence of the original design, maximizing all of its best qualities:

a private balcony for each flat

the orientation of the flats, with living spaces facing South and West to maximize natural sunlight and heat, and bedrooms facing North or East

Despite the thoughtfulness and complexity of the original design, its Brutalist language has polarized opinion and when the estate fell into disrepair in the 1980s its reputation was tarnished. To its detractors, it represents what went wrong with Social Housing in Britain since the Second World War. For it to succeed as a re-made Community and a re-made Place the image of Park Hill needed to change. Whilst the form, massing and structure of the building remains relatively unchanged a refresh of the elevation treatment elicits the tangible impact of the buildingʼs transformation needed to challenge the buildingʼs social stigma. Through ongoing dialogue and collaboration with English Heritage and Sheffield City Councilʼs Planning Department, the following architectural interventions have been made:

the brick work in the elevation has been replaced with boldly colored anodized aluminium panels, a material which is more radiant and reflective, providing greater contrast in the banding of the streets throughout the development than the original tonal brickwork

the North and East facing elevations have been opened up by inverting the solid to void ratio to 2/3 glazing, 1/3 solid. This gives previously dark bedroom spaces much more daylight.

hallway and landing windows looking onto the ʻstreetʼ have been introduced into the apartments as a means of improving the passive surveillance of the Streets in the Sky (which the original architect Ivor Smith described as one of the most regrettable failures of the original design).

Northwest block provides dramatic vertical circulation affording panoramic views of the City whilst marking the new civic entrance. The impermeability of the original estate and lack of vision for the public realm is one of the fundamental reasons why Park Hill didnʼt work. The original building sat crudely in the landscape. The vision for the redevelopment revolves around making Park Hill a special Place, a proper Place and a destination in its own right. One of the failures of the original scheme was the allocation of residential units at ground level, which proved problematic in generating activity and transparency along with a lack of definition of the public realm. In the refurbished scheme the ground level of the first phase (which rises from 1.5 to three stories) is devoted entirely to commercial, retail, bar and restaurant uses. It is marked by a different elevation language of clear flush glazing to demarcate it from the residential units, ensuring a sense of transparency at the base of the building. The Cut is positioned at the centre of this hub of commercial facilities, marking a new entrance to the Park Hill estate.

New hard and soft landscaped terraces and earth forms negotiate the levels across the site providing a noble and dignified setting for the restored building, offering an opportunity for the residents, users and visitors of the building to enjoy the spectacular view and its intimate relationship to the adjacent park. 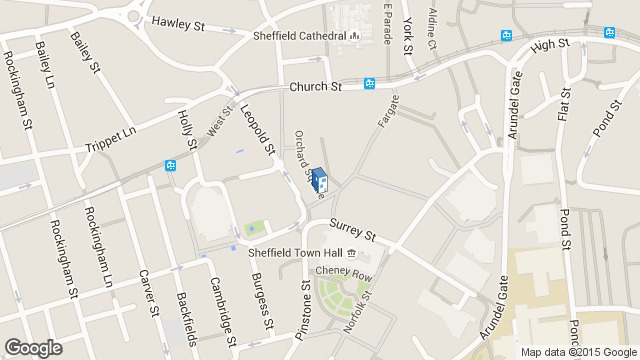